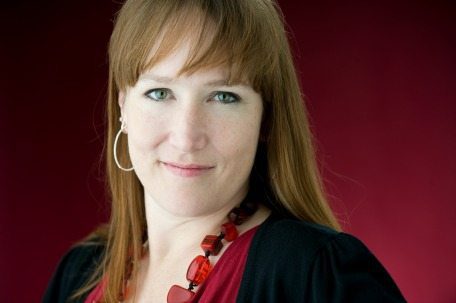 Howard Schultz, Chairman and CEO of Starbucks. Mark Cuban, owner of the Dallas Mavericks. Kevin Plank, CEO of Under Armour. What do all these executives all have in common? They are all former keynote speakers for the DC-based entrepreneur networking group the  Entrepreneurs’ Organization (EO).

We sat down for a few minutes with Jen Sterling, President of the Entrepreneurs’ Organization and owner of Red Thinking LLC, to discuss her plans for the group in 2014 and beyond, future event formats, topics and speakers, as well as what makes the EO program standout in the DC startup scene.

WashingtonExec: Could you tell our readers a little about your background and how you got involved in the Entrepreneurs’ Organization (EO I DC)?

Jen Sterling: I’ve been an entrepreneur for almost 23 years now. About three or four years ago, I joined an organization named EO because I heard that there was this group that was full of other people like me. I joined EO and got very involved in a committee and worked my way onto the Board because I just dove in and fell in love with it. It was an organization that I felt at home in.

WashingtonExec: What type of members do you have and what are key focus areas of the program?

Jen Sterling: EO in general, as well as at the chapter level, focuses on the full entrepreneur. It’s not just about your business; it’s about your business, your family, your community and it’s about you personally. The Chapter has about 130 members right now and globally there are a little over 9,000 members in the organization. The events are all very focused on those four aspects; those full rounded parts of the entrepreneur.

We will have a learning event one month about cash flow and company structure, and have an expert come in and talk with us. The next event might be a sleepover at the zoo with our kids. The month after that, we might have a relationship speaker come in and we’ll bring our spouses and dig in deep about the way we communicate in our relationships. The chapter members in D.C. are wide ranging. We have government contractors obviously because of where we are located but then we have a lot of service providers, like my firm. We have a hobby shop guy. We have a guy who runs a kick ball organization. One of our past presidents runs an adventure camp with ropes courses and zip lines and all kinds of adventure things. It’s not like you are coming into an organization where everyone does the same thing. It’s just that we are all entrepreneurs and we are all trying to find the way to make ourselves and our businesses and our families better.

“We really want to create a chapter that people are drawn to and where it almost becomes an expectation – if you are going to be an entrepreneur you need to be a member of the Entrepreneurs’ Organization. In order to succeed you have to join and get the assistance, the support and the enthusiasm of the members. Again, it’s a no brainer!”

WashingtonExec: Some of your previous keynote speakers include Jack Welch, former Chairman and CEO of General Electric. Who are other notable speakers that the EO chapter in DC has brought in?

Jen Sterling: In the last couple of years we had Howard Schultz, Chairman and CEO of Starbucks, talk to us. We had Mark Cuban come in and have a very informal, off-the-cuff, off the record open mic with us. We took over a steakhouse downtown and he sat with us for a couple of hours talking and answering questions, and then he went and mingled with us afterwards for two or three hours at a local club. He just stayed with us – it was cool. In fact, I believe he was a member early on in his career. We just had Kevin Plank from Under Armour speak and had a very similar set up where he spoke over dinner and he answered questions and talked a bit about his career, the choices he’s made and the mistakes that he has made. It was really fascinating. Those are some of the bigger names that have been here in the last couple of years. Cameron Herold, the COO of 1-800-GOT-JUNK was another guest lecturer.

WashingtonExec: What is something that most people don’t know about the EO organization?

Jen Sterling: Most people don’t know how affordable it is. I remember being shocked because I had been a member of Vistage for some time. Vistage is $1,200/month I think and EO is $3,500 for the year. Your events are included. The food is included. The bar is included. It is all of these speakers, these opportunities and the experiences that are included. It’s a no brainer.

WashingtonExec: What’s next for the EO|DC Chapter?

Jen Sterling: Our focus for this year would be to really re-engage a lot of members that have either fallen off or have stopped coming to events. We call them donors because they just pay the dues and don’t do anything. We would very much like to see a lot of them re-engaged. We’ve got a speaker coming in from the FBI. We are planning a citywide scavenger hunt in early spring. In April 2014 we will also present an entrepreneurs’ masquerade and we want to invite entrepreneurs from all over the city. We really want to create a chapter that people are drawn to and where it almost becomes an expectation – if you are going to be an entrepreneur you need to be a member of the Entrepreneurs’ Organization. In order to succeed you have to join and get the assistance, the support and the enthusiasm of the members. Again, it’s a no brainer!