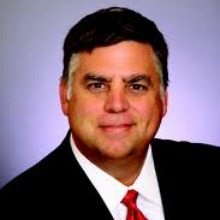 Dusty Wince is the CEO and Founder of Knowledge Consulting Group (KCG). He’s had a long and successful career which started at Electronic Data Systems (EDS) in the 80s when former Presidential candidate Ross Perot still ran the firm.

“I came up through the ranks of that company as an engineer to 10 years later in 1994 when I was running around $200 million worth of business. It was a great proving ground for me,” said Wince. “I learned more than I ever could have expected. It was the type of company that would let you take on as much as you possibly could bite off and chew – they definitely would let you take off and run with it.”

From there, Wince left the firm to help start a company, which grew from two to 150 people. The company was sold five years later. After a brief stint at Federal Sources, he founded Knowledge Consulting Group (KCG). Even though Wince has proved himself as an entrepreneur, he doesn’t completely consider himself one.

“A lot of people say, ‘hey, you are an entrepreneur’. I understand why that is said; however, when I think of entrepreneurs I think of people like Bill Gates or Steve Jobs, people who have created things that change the way we live,” said Wince. “I view myself as someone who wants to have more leadership and more ownership in what I do day to day and affect people positively. I’ve always just wanted to create something where people could grow personally and professionally. That’s really what my motivation was, to be a good leader.”

Wince says his grandfather has a lot to do with him starting his own businesses.

“I was raised by my grandfather who was a guy that quit school when he was 15, joined the Army and found himself in Pearl Harbor; a self-made man. He started all of his own companies,” Wince said. “He was always very proud that I worked at EDS but one day he came up to me and said, “So what’s it like always working for the man?” I didn’t really know what he was talking about but what he meant was ‘when are you going to go out on your own and start your own company’. That was one point that made me start thinking about it.”

He continued, “When I finished at EDS, I went with my other partner to start Business Impact Systems. That’s when I knew I needed to learn everything about starting a company, how to run it and then see it through a transaction. Mid-way through all of that I found out that it isn’t as complicated as you think; there is a lot of common sense, passion, dedication. I knew at that point I was ready to start a company. I started KCG six months after Business Impact Systems was sold.”

One of the lessons Wince has learned as an entrepreneur is that patience is a virtue.

Wince revealed the advice his grandfather gave him before he passed away.

“He said ‘you know I asked you why you were waiting so long to have children’ and I said to him ‘I just want to make sure that I’m ready’. He told me that I was never going to be completely ready. I think that’s the same for a company. You are never going to be completely ready to start your company so you have to have enough faith in yourself and the people around you to make that leap.”

Cybersecurity is not only a growing market in the federal IT space, it’s a competitive one too. Wince talked about the reasoning behind the increasingly crowded sector and how it’s impacted his customers.

“We started KCG in 2000 and entered the cyber security market later that year. The challenge then was that it wasn’t a well-defined market. Today the difference is that the market is becoming very crowded because people understand the government’s budgets are growing in the cyber security sector and not so much in others. This results in a lot more competition with companies that claim to do cyber security when they actually don’t. It becomes confusing for the buying customer. It makes it harder for them to discern who the best companies are. That’s always a challenge,” said Wince.

Wince told us what’s behind the latest buzz-word, mid-tier squeeze, and why he doesn’t necessarily feel it.

“I believe that there is a mid-tier squeeze if all of the companies do the same thing. The fact that we are a pure play cyber security company, which is unique, enables us to not feel an impact. We have government customers who view our company as big as any of the large contractors in terms of our cyber security presence,” said Wince.

A leader in the technology sector, Wince gave us his take on disruptive technologies in the marketplace.

“Disruptive technologies are those that I think change the way you live or change the fundamental way you do business. In cyber security, I’m sure someone is developing disruptive technologies right now that I do not necessarily know about. For us, we focus on trying to stop the disruptors or those who are very high-end hackers and pose threats to our customers,” said Wince. “I could be wrong but I don’t think there will be one major piece of software that’s going to change the fundamental way that cyber security is done. It’s always going to take people processes and tools.”

Over the years, Wince has earned his success and influence. He revealed his industry influences.

“I just think of business in general and those people like Jack Welch who I admire for what he did at GE, his thought leadership on how to run a business, and even Ross Perot from the early days the way he drove growth,” Wince said. “I believe it is those strong minded, strong willed people that I admire the most.”

On his downtime, you can find Wince at his favorite restaurant, Passion Fish in Reston, Virginia or at George Mason University where he is on the Board of Advisors for the GMU School of Management and the Board of the GMU Student Venture Fund. The GMU Student Venture Fund raises money to be used as rewards and potential investment in the student owned start-up companies. An annual GMU Business Plan Competition is held to determine the winners.

“Last year we had over 40 teams enter the contest. University students have already started companies and 11 were invited to give presentations. It happens in November or December of every year. It’s a great event.”
According to Wince, the University gives cash awards to the top three presenters.

“It’s amazing to me just how many bright and intelligent students are out there. We’re trying to help Mason become a center for entrepreneurship which is one thing that I believe in and am passionate about. I hope to continue to be a part of their success and growth.”