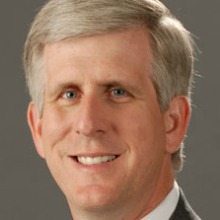 The Washington Business Journal recently released the Power 100, an annual list of the region’s most influential business leaders. This list considered those in the local business community and ranked them on their level of influence, how respected they were, and how able they were to get things done.

While D.C.’s political sphere is full of influential people, the list omitted all elected officials and government bureaucrats.

Among this year’s Power 100 was Todd Stottlemyer, CEO of Acentia. Stottlemyer, who also made the 2012 Power 100 list, has played leading roles in a variety of Greater Washington business sectors — information technology, health care, international business and nonprofits among them. The Washington Business Journal profiled Stottlemyer in stating:

As CEO of Falls Church-based Acentia, he now oversees a growing government contractor with 900 employees and $150 million in annual revenue. That breadth and depth of experience give Stottlemyer a uniquely powerful vantage point on Washington business. As past executive vice president of Inova Health System, he helped run a 16,000-employee health care organization that’s reshaping medicine and research in Northern Virginia. As former CEO of the National Federation of Independent Business, he led the nation’s largest group representing small businesses. And consider his range of board memberships — the Northern Virginia Technology Council (where he is vice chairman), Inova Health System, Virginia Commerce Bank and Helping Children Worldwide, an organization he helped found and formerly chaired that is dedicated to improving the health and welfare of women, children, and families in our local community and in Sierra Leone, Africa.

Click here to view the complete slideshow of photos and profiles of the 2013 Power 100.