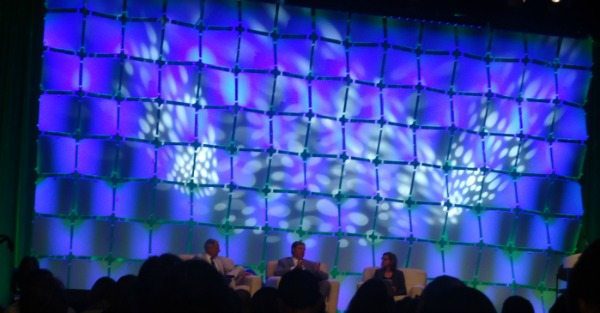 Thomas Jefferson High School for Science and Technology (TJHSST) was ranked second in the nation, read more about the 2013 finalists here.

Attendees were welcomed by the Keynote Panel: STEM Needs in Manufacturing, with Eric Fingerhut, Vice President of Education and STEM Learning at Battelle Memorial Institute and Eric Spiegel, President and CEO of Siemens Corporation. Battelle is the world’s largest nonprofit research and development organization, with over 22,000 employees, focusing on the national security, health and life sciences, and energy and environmental industries. Siemens is a leading provider of electronics and electrical engineering solutions, operating in the fields of commercial, energy, healthcare and infrastructure, with over 370,000 employees worldwide.

Panel moderator Gina Burkhardt, Executive Vice President of the American Institute for Research (AIR), kicked off the discussion by asking each panelist what they see as top issues and gaps regarding maintaining a trained workforce of engineers and scientists in manufacturing.

Spiegel acknowledged that the U.S. is not where it needs to be in terms of establishing a sound workforce development pipeline for high school and college STEM graduates. He went on to say that the skills mismatch is real, and will drive where future global investments in the U.S. will be made.

“We are nowhere near where we need to be in this country. I think if you take a look at what needs to happen, first I would say, we need a lot more demand. Without the demand, it does not matter if it is a company like Siemens, or another domestically headquartered company, you are going to see that it is going to require some policy changes around driving that demand.

The second thing is, when we take a look at putting manufacturing in place around the US, we look for a couple things. One, we look for if it is the right infrastructure out there, and as you know, the infrastructure in the US has been rundown quite a bit. 30 years ago the US had one of the strongest infrastructures in the world; today we are ranked in the bottom quartile of major developed countries. That is a big issue,” said Spiegel.

The two panelists also touched on the sigma of historically “blue collar” jobs that manufacturing has provided. Both men argued that the manufacturing jobs of the future will require a unique set of technical skills and understanding of technology in a way that was not necessarily required for the baby boomer generation.

“We think the next revolution here in the US is going to be software-driven. Most of the manufacturing plants that we have in the country; everything that we have is run by a robot, laser or a computer. So the skills that are required in today’s plant are much different than they were even 10 years ago. They require fewer workers. I think a lot of the jobs that went off shore a few years ago aren’t coming back. But the ones that are here require more skills and are higher paying,” Spiegel went on to say.

Fingerhut noted that the nation’s mindset, that manufacturing is a technically-lower quality STEM field, needs to be shifted.

“The jobs are as interesting and highly developed and as high-tech as any software development job or Silicon Valley or Google job or Apple job,” Fingerhut added.

The keynote ended with one final question to the panelists: “What can the government do to help?”

Drawing on the success of the U.S. Veterans program headed by Michelle Obama and Jill Biden, Spiegel suggested a similar program is needed to encourage more STEM majors graduating at the University level.

“I would like to see the president get behind STEM, and get behind a million more jobs for STEM. Personally driving [STEM] the way they drive the Veterans program. I think it would be a big help because there is a big branding issue around STEM jobs and manufacturing jobs,” answered Spiegel.

Fingerhut argued that at the federal level national competitions, allocated grant money and hands-on learning are all aspects that should be continued to be encouraged, but that the states should ultimately lead the charge in promoting STEM interest and education.

“The state-based work is really what we are investing in because ultimately, that is what should be restructured,” said Fingerhut.

Battelle is a supporter of STEMx, a multi-state, grassroots STEM network that provides a platform to for individual states to share, analyze and disseminate quality STEM education tools to transform education, expand the number of STEM teachers and increase student achievement in STEM.

The U.S. News and World Report STEM Solutions Conference was held from June 17th through 19th at the Austin Convention Center in Austin, Texas. Professionals from the commercial, public, education and academic sectors were all in attendance. Break out panels includes topics such The Role of the Feds and States: Policies That Create Skilled STEM Professionals and Business and Higher Education: Responding to STEM Workforce Needs.

Read more about the conference’s afternoon keynote discussion: The Great Debate: Are We Moving Too Slowly with notable panelists including Dr. Maria Klawe, President of Harvey Mudd College, Nina Rees, President and CEO of the National Alliance for Public Charter Schools, and Camsie McAdams, Senior Advisor on STEM Education at the U.S. Department of Education. 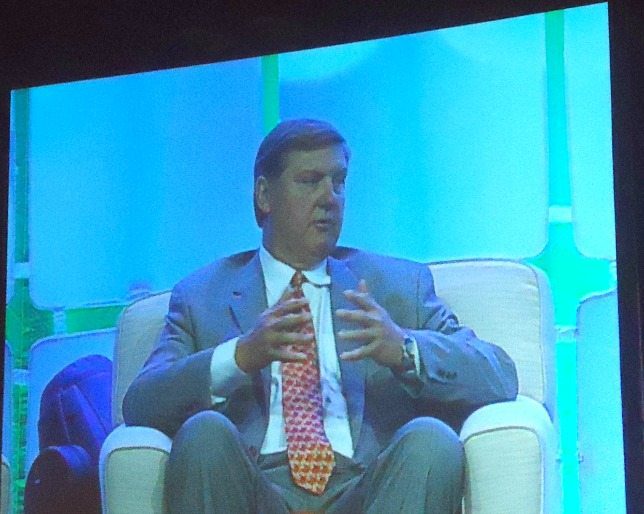 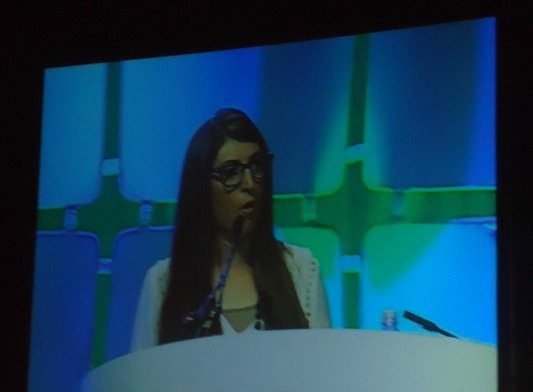