You are at:Home»Events»U.S. News Publishes 2013 List of the Best High Schools for STEM Rankings 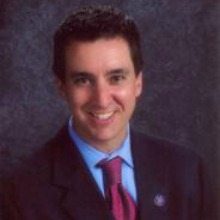 Mayim Bialik, actress and neuroscientist of CBS’ “The Big Bang Theory,” revealed the new list in a speech intended to increase enthusiasm and participation within STEM. An avid advocate for bringing youth and especially young women into STEM fields, Bialik said that she hopes to “inspire young people with a message: everyone has the potential to succeed in STEM and that in addition it’s an exciting and creative way of life.”

“[I want to] inspire young people with a message: everyone has the potential to succeed in STEM and that in addition it’s an exciting and creative way of life.”

From 2012 the top three schools have yet to be replaced. Lincroft, New Jersey’s High Technology High School was ranked at No. 1, followed by local Alexandria, Va. super school Thomas Jefferson High for Science and Technology coming in at No. 2 and Troy High school in Fullerton, Calif. taking the No. 3 spot. The list is designed to look at the top 500 public schools from U.S. News’ Best High Schools rankings and evaluate based on student participation and Advanced Placement (AP) math and science tests. Rounding out at No. 4 is the Academy of Allied Health and Science in Neptune, N.J., making No. 5 Lynbrook High in San Jose, Calif.

Bialik is a firm believer in that “no matter where kids go to school, all students should be afforded equal access to a great STEM education.” California, New York and New Jersey form a hotbed for the Best High Schools for STEM in the country. All three states combined make up about 50 percent of the ranking public schools for 2013, 45 of which are either charter or magnet schools. President Barack Obama vies to train 100,000 new STEM teachers by 2023 in order to close the “skills gap” in the slowly disintegrating job market of computer engineers and programmers.

The U.S. News and World Report STEM Solutions Conference was held from June 17th through 19th at the Austin Convention Center in Austin, Texas. Professionals from the commercial, public, education and academic sectors were all in attendance. Break out panels includes topics such The Role of the Feds and States: Policies That Create Skilled STEM Professionals and Business and Higher Education: Responding to STEM Workforce Needs.

Read about the keynote panel STEM Needs in Manufacturing, with Eric Fingerhut, Vice President of Education and STEM Learning at Battelle Memorial Institute and Eric Spiegel, President and CEO of Siemens Corporation here on WashingtonExec.

You can also learn more about the conference’s afternoon keynote discussion: The Great Debate: Are We Moving Too Slowly with notable panelists including Dr. Maria Klawe, President of Harvey Mudd College, Nina Rees, President and CEO of the National Alliance for Public Charter Schools, headquartered in Washington, D.C., and Camsie McAdams, Senior Advisor on STEM Education at the U.S. Department of Education.