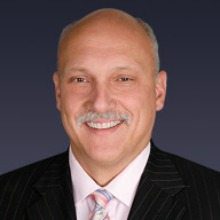 After founding the United States Geospatial Intelligence Foundation (USGIF) 10 years ago and serving as its Chairman and CEO, Stu Shea is stepping down. Shea made the announcement at the firm’s quarterly meeting of the Board of Directors and will remain the board’s Chairman.

The board appointed President Keith J. Masback to the take over as CEO effective immediately, while also selecting VP of Operations Aimee McGranahan to the newly created position of Chief Operating Officer.

“These two promotions reflect the respect and confidence the Board of Directors have for both Keith and Aimee, and the leadership success they have achieved for the Foundation, its Membership and the GEOINT Community,” said Shea. “Since Keith joined USGIF five years ago, he has helped set the strategic direction and grow the Foundation into the respected organization it is today.”

Masback, who has 20 years of military and government service under his belt, has been with USGIF since 2008. McGranahan has served with the firm since its founding in 2004.

The firm has also announced the appointment of Dr. Darryl Murdock as VP of Professional Development, with his responsibilities including leading the foundation’s GEOINT Professional Certification Initiative.

“Darryl’s unique combination of academic accomplishments and business success makes him a great addition to the USGIF team,” said Keith Masback, CEO of USGIF. “Darryl is well prepared to lead the full range of our professional development efforts, including our recently launched individual professional certification initiative.”

Dr. Murdock has more than 18 years of experience as a geosciences professional and remote sensing scientist. He will work with Dr. Max Baber, USGIF Director of Academic Programs, helping to advance the firm’s academic efforts.