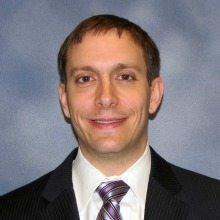 Pragmatics recently named Christopher Hegedus Vice President and General Manager for its Federal Civilian Division. His responsibilities include managing and leading all aspects of the firm’s service to customers including the Department of Homeland Security (DHS), the State Department (DoS), the Federal Aviation Administration (FAA), the U.S. Patent and Trademark Office (USPTO), among others. Hegedus will report to Joe Brock, Chief Operating Officer at Pragmatics.

“Christopher is an ideal addition to the Pragmatics leadership team,” said Brock. “His skills in operations and technology, coupled with his in-depth knowledge of the federal market, will serve him well in his new role.  These skills and his passion for delivery excellence make him a great addition to the executive management team.”

Hegedus has more than 16 years of experience in areas including the software development cycle, technical architecture and strategic IT planning. The executive spent eight years at SAIC, with his last role at the company serving as Senior Program Manager. Prior to SAIC, he spent more than seven years at Accenture, where he led network service and high-tech communications initiatives and also served as account manager for TEOCO Corporation.