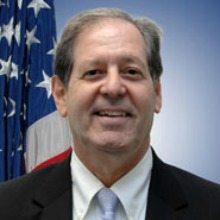 Former acting Chief Information Officer (CIO) and deputy CIO of the Federal Aviation Administration (FAA), Steve Cooper, recently announced his retirement from federal service after 10 years and is returning to work in the private sector. He had been with the FAA for the last three and a half years and said it was one of the best learning experiences he has received.

“I am pleased to announce my retirement from federal service. After first joining the federal government over 10 years ago, I decided that I have done enough damage and figured I’d better get out before I got thrown out…Not really, just following the example set by Andrew Mason,” Cooper told WashingtonExec.

Cooper said that the IT community at the FAA is one of the most talented groups he has ever had the privilege to work with.

“The last 3 1/2 years at the Federal Aviation Administration has have been one of the best learning experiences with regard to being part of a front line organization with a mission second to none – the safety of commercial and general aviation in the nation’s national airspace. I want to give kudos to the IT community at the FAA – although one of the most risk averse cultures I have ever worked in – and fully understandable given that mistakes in the mission could kill people so safety permeates every nook and cranny of the FAA – they are one of the most talented and professional group of folks I have had the privilege to work with,” said Cooper.

Now that he is returning to the private sector, Cooper is excited to focus on specific problems and solutions facing the industry. On the topic of the convergence of mobility, big data and cloud computing, Cooper said he believes they create new opportunities for companies who can articulate how government agencies leverage that convergence. But he added that the convergence along with demands from Capitol Hill, the nation’s budget and public pressures to do more with less is not very realistic.