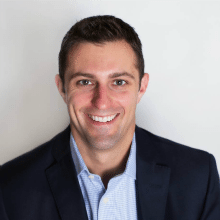 Nolan is the previous Chairman, Chief Executive Officer, and President of Stanley, Inc. He joined the publicly-traded federal technology services company in 1989, and oversaw the company’s IPO in 2006, as well as its sale to CGI Group for over $1 billion.

Before joining Galeos, Brabston was Senior Vice President and General Manager of CGI Federal’s Defense and Intelligence Business Unit, a sector worth over $1 billion revenue. Brabston previously served as Stanley, Inc.’s Chief Operating Officer, before its merger with the CGI Group.

Cormier most recently was Sotera Defense Solutions’ Executive Vice President and Chief Financial Officer. Sotera Defense is a publicly-traded company that serves the needs of the Department of Defense (DoD) and the overall National Security Community. At Sotera, Cormier contributed to the company’s strategic growth plan and in April 2011, contributed to the company’s private leveraged buyout for around $315 million.

Brooks previously was a Group Senior Vice President, for CGI Federal, formerly Stanley,
Inc., and led the company’s Army and Defense Intelligence business unit, a sector worth $400 million in revenue.

“I’ve had the pleasure of knowing and working alongside Phil while serving on corporate boards for several years.  His leadership, focus, and results-oriented approach to this business will certainly drive value for his shareholders and customers.   Galeos Group will be a company to watch as Phil and his team take on this exciting endeavor,” Sid Fuchs, President and CEO of MacAulay-Brown, Inc. (MacB) told WashingtonExec.

“We are delighted to partner with Phil, Jim, Joe and Randy in the federal government services
market,” WCAS General Partner and Galeos Board member, Mike Donovan said. “Their
complimentary backgrounds and talents will position Galeos as one of the preeminent service
providers in the industry.”

“We are excited about the opportunity to partner with a firm of Welsh Carson’s national
reputation for helping entrepreneurs build successful enterprises,” said company Chairman &
CEO, Phil Nolan. “Their large commitment to this endeavor will enable us to quickly assemble a company
of scale capable of competing with anyone in the federal government contracting space.”

Read more about Galeos Group, LP by going to the company’s website: www.galeosgroup.com.