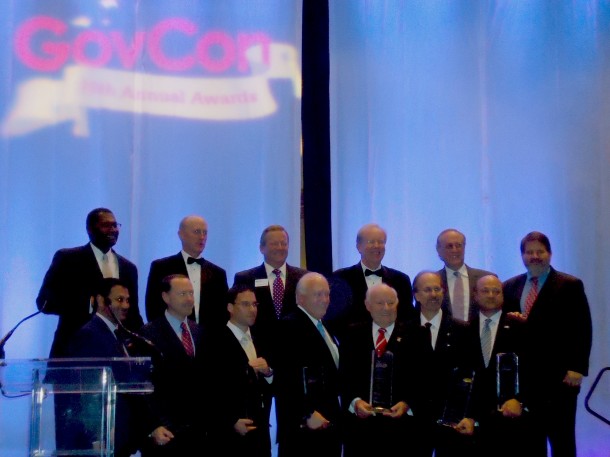 CACI Chairman of the Board Dr. J.P. (Jack) London was inducted as the 2012 Hall of Fame laureate at the Greater Washington Government Contractor (GovCon) Awards held on November 1st in Washington, D.C. at the Wardman Park Marriott Hotel.

With over 1,000 attendees, Dr. London was recognized for his lifetime achievement and long-term contributions to the industry, specifically at CACI in growing the company from a small consulting firm into a worldwide information solutions and services company serving vital national needs in defense, intelligence, homeland security, and the modernization of government. The company’s revenue has grown from $1.6 million in 1972, the year London joined CACI, to nearly $4 billion today.

“One of the lessons I learned early was that the reason you lead is not to be admired, but rather it’s because you admire and respect the people you lead, “ said Dr. London. “That’s why I thank the remarkable employees of CACI – past, present, and future – who are on the front lines with our clients, who are the drivers of our innovation and the implementers of our goals. They embody CACI’s reputation for its culture of integrity and excellence. They are the greatest part of CACI’s success. For that, I extend my deepest appreciation – and admiration – to them all.”

2012 marks the 10th anniversary of these prestigious awards, hosted by the Fairfax County Chamber of Commerce, Professional Services Council (PSC), and Washington Technology.

Contractor of the Year (less than $25 million)–Octo Consulting Group, Inc.

–Sheryl Schwartz accepted the award on behalf of her company

Contractor of the Year (greater than $300 million)–Sotera Defense Solutions, Inc.

–John Hillen accepted the award on behalf of his company

–Baroni gave WashingtonExec a quote about his win 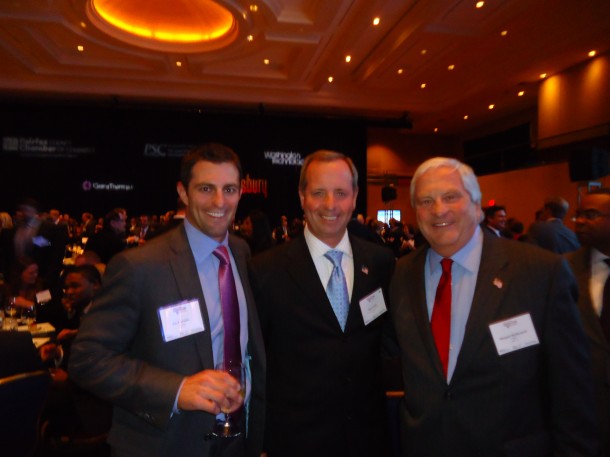