You are at:Home»Execs to Know»Exec Moves»Linda Cureton of NASA Talks Landing on Mars, Doing More with Less and Unstructured Data 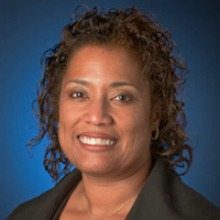 Where were you when Curiosity landed on Mars? We asked Linda Cureton, CIO of NASA, just that, as well as what large IT projects she is currently working on. Cureton told WashingtonExec where “low hanging fruit” IT initiatives can be found at NASA and how she sees the role of unstructured data increasing in the federal government.

“Doing too much is not helpful to the mission and doing too little is not as efficient as it needs to be and it causes a lot of duplication and inability to do things like collaborate across the agency. My big project right now is transitioning to a new desktop service provider, which is huge,” said Cureton.

WashingtonExec:  Can you tell us a little about your background and your role at NASA?

Linda Cureton: I’m a native Washingtonian, which I always like to brag about.  I’ve been a CIO for NASA going on three years before that I was the CIO at Goddard Space Flight Center, before that I was Deputy CIO at a couple of different federal agencies.  I grew up in the IT community with a technical background as a systems programmer. As the NASA CIO my job title says that I advise and inform the senior leadership about all matters related to IT. The challenge and the role of the CIO of NASA is balancing between the restraining forces and the forces that are against the centralization – some people want it and some people don’t and you’ve got to get the right sweet spot into that.  Doing too much is not helpful to the mission and doing too little is not as efficient as it needs to be and it causes a lot of duplication and inability to do things like collaborate across the agency. My big project right now is transitioning to a new desktop service provider, which is huge. To address security – our security threats continue to grow, our ability to defend, protect and predict these threats.  These threats are a challenge to stay on top of and we continue to slug through those efforts to fix the things that we need to fix.  We are gaining ground in terms of a better strategy to continuously monitor our environment.

“I think that probably the low hanging fruit is in two areas: cloud computing and infrastructure as a service.”

WashingtonExec:  What other technologies do you see as an opportunity for growth for the contracting community?

Linda Cureton: I think that probably the low hanging fruit is in two areas: cloud computing and infrastructure as a service. When we look at some of the challenges of big data, for example, our traditional approaches for storing this data – get a data center, get a lot of disk storage, satisfy requirements for the right reliability and the right speed and then put it out there and spin your data – it’s expensive.  The cloud model gives us a very, very cost effective alternative to do that.  It’s got to be manageable, secure, scalable, flexible, and elastic.  We can’t get locked into proprietary formats and environments because the government likes competition.  An open and flexible approach to do things like that is an opportunity for the vendor community.  Another challenge that we see is with the consolidations in terms of managing software licenses and things like that – I think that the movement in industry has stalled in that and I think we need better ways of managing licensed products and intellectual property to make it more cost effective for us and for vendors to do.

WashingtonExec:  You are a big blogger. Why you think that archiving and monitoring unstructured data has now become important to the federal government?

Linda Cureton: NASA just had a great success with Mars Curiosity making that fabulous landing on the red planet and our neighbor, Mars.  One of the great things we see is as a result of our use of social media.  I think that the Mars Curiosity has made more than a million followers on Twitter.  That means that social media sites like Twitter become a very important way for agencies like NASA to communicate information; there more follower on twitter than subscribers to press releases on NASA. There is going to be a natural proliferation of unstructured data out there like Tweets, blogs, status updates on Facebook and things like that which all come together to tell a story about one of the greatest events of history — the landing on Mars. I think it is a big role where we need to look at contextual analysis, to help them discover, to help them collaborate, to help them turn data into information and information into knowledge.

“Another challenge that we see is with the consolidations in terms of managing software licenses and things like that – I think that the movement in industry has stalled in that and I think we need better ways of managing licensed products and intellectual property to make it more cost effective for us and for vendors to do.”

WashingtonExec:  Where were you when we landed on Mars?

Linda Cureton: I was in California at JPL which is the NASA center that was the lead for that fabulous event.  I was there with the other NASA CIOs for our quarterly meeting. We  watched the seven minutes of terror together as a group which was great because IT actually factored very strongly into what was behind the scenes for the entry descent landing aspect.

WashingtonExec:  What kind of future plans do you have for the project?

Linda Cureton: In the very few minutes after the landing we had high def pictures.  Now we are getting crisp images from Mars that are just amazing when you compare to what we got from the moon.  The speed we got it is amazing compared to the bandwidth that was available  back then – it is a big difference. You look at some of the differences between the Hubble Space Telescope which is orbiting our planet now and we look at the possibilities that are coming with James Webb that will launch later this decade and we’ll be able to look back in time to the first minute of the creation of the universe.  That very powerful telescope will tell a story that hasn’t been told before.  For us to get pictures of Mars so crisp, so clear and so fast is a big change that will enable our greatest discoveries; a big change for NASA and for the world and that’s where we are going.

Linda Cureton: What is most important is that our personal brand actually matches who we are.  A lot of times we spend a lot of time on creating a persona instead of being actually who we are.  I have a friend who is one of the early explorers in second life.  He spent a lot of time thinking about what his avatar would look like.   But I realized that how he was dressing his avatar matched who he was inside more than who he was on the outside.  I think our personal brand needs to match who we are on the inside because it’s that authenticity that makes us more effective leaders.  I think the bottom line for executives is to be a more effective leader.  The branding makes sense.  The branding helps but what really makes you an effective leader is the authenticity that matches the outside brand to the inside spirit of the leader.

WashingtonExec:  What leaders do you look up to?

Linda Cureton: I would say, maybe because I’m in IT and I’m a woman and a mathematician: Grace Hopper. She was somebody that didn’t want to be out there in front taking credit for everybody’s work.  She wanted to enable discoveries.  She wanted to make it so that IT was available to regular folks and wasn’t relegated to be only something only available to genius mathematicians who could program in arcane programming languages.  The courage behind her desire to be a woman in the military in a time when women weren’t welcome or commonplace and and to do that during a war – That kind of courage is something that I really admire.  I admire her brains, her creativity, her courage, her resilience which she used to overcome a lot of personal challenges.

WashingtonExec: What is your favorite book or what book has had a large impact on you?