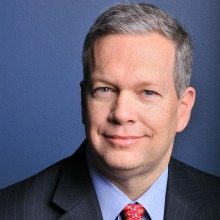 Amidst headline grabbing thunderstorms and a record breaking season for our very own Nationals, it has been an eventful summer in the Washington, DC region and another dynamic summer in the U.S. defense and government services marketplace.

The only thing certain in the defense and government services market these days is uncertainty.  Last summer, companies in the industry faced tremendous uncertainty from the debt ceiling debate.  Prior to that was the threatened government shut down, a series of continuing resolutions, the push toward insourcing, and a financial crisis of epic proportions.  The risk of sequestration poses the latest – and arguably most significant – threat to defense and government services companies.  All of this uncertainty is no doubt burdensome to executives and business owners in the industry.  It is, however, the “not so new normal” for companies in the sector.

The Case for Upside

While the bad news surrounding defense and government services companies is well documented, the case for upside can be made.  Public company valuations in the sector are at historically low levels.  Defense prime contractors and mid-tier government IT services businesses are currently trading at an average of 5.5 times EBITDA.  These multiples represent a discount of approximately 20% relative to valuations seen for similar companies in the mid-90s, the last time the sector faced a declining budgetary environment.  It seems logical that the sector should at least trade at valuation levels similar to those of the 1990s, especially when considering the unlikelihood that potential budget cuts – even in a sequestration scenario – are any more severe than spending reductions in the post-Reagan years.

Defense and government services companies could experience greater upside if sequestration does not happen and/or more palatable deficit reduction alternatives emerge.  While this certainly is a “big if,” there are many reasons to believe that the sequestration axe will not fall.  First, there is the fragile state of the overall economy.  The mere threat of sequestration has arguably impeded economic growth and stifled job creation.  Moreover, multiple high profile studies show that sequestration could have a devastating effect on the economy.  So, in a case of unintended consequences all too familiar in Washington, the concept of reducing government spending by sequestration has actually made it harder to reduce spending.

Second, in a strange sort of way there is actually bipartisan support for stopping sequestration as it is currently defined.  Leaders on both sides of the aisle are sounding alarm bells regarding the potential adverse effects of across-the-board spending cuts.  Defense Secretary Leon Panetta is steadfast in his claims that sequestration will be devastating to the military.  Republicans are equally vocal in their criticism of sequestration, with the likes of Senator John McCain saying that sequestration will lead to an “inability to defend the Nation” and Senator Lindsey Graham calling sequestration the “dumbest idea” ever from Congress, the dumb idea factory.  Election year politics makes the environment challenging for a sequestration solution prior to November.  With members of both political parties eager for a resolution, however, it seems possible that a solution will emerge before the ultimate day of reckoning arrives.

Despite persistent uncertainty, negative news and political gridlock, companies in the defense and government services sector are not standing still.  Strategic acquirers of all shapes and sizes have completed one or more acquisitions this year.  This includes the likes of CACI, General Dynamics, ManTech, and SAIC, among others.  Private equity groups and their portfolio companies are increasingly active buyers, having accounted for approximately 40% of completed transactions so far this year.

Activity in the market isn’t only about buying, as the pace of divestitures is accelerating too.  Privately-held companies are also finding success on the sale front, particularly companies that hold strategic contract vehicles, are positioned in attractive growth segments of the market, or have proprietary technology or solutions.  Admittedly, however, buyers are sharpening their focus on a narrow set of “must have” acquisition criteria, so an increasingly small number of transactions are being completed at the high end of the value spectrum (10x+ EBITDA).

As the precedent of the 1990s demonstrates, companies and private equity groups that take the lead in executing M&A strategies in a rapidly evolving market can reap great rewards.  That said, a little less volatility along the way would be appreciated.