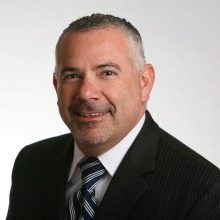 Catapult Technology Chief Executive Officer (CEO) and former Chief Operating Officer (COO) Mark Hunker sat down with WashingtonExec to discuss his vision for the company in the coming months and years. Originally from the Bronx, the former culinary school student worked with the Democratic National Committee and Clinton Administration before joining the federal IT and management consulting company.

He spoke with WashingtonExec about putting people first and preparing for government budget constraints.

WashingtonExec:  Could you start off by telling us a little about your background and your time at Catapult?

Mark Hunker: I just celebrated ten years at Catapult.  I came here in 2002 to start the Management Consulting & Outsourcing practice, right around the events of 9/11 and the subsequent creation of the Transportation Security Administration (TSA).  We were helping to stand up TSA at this time by implementing telecommunications switches and telephone infrastructure. Prior to that, I spent about nine or ten years as a federal employee.  I was a political appointee under President Bill Clinton for the whole eight years he was in office and worked on the campaign in 1992.

WashingtonExec:  Where are you originally from?

Mark Hunker: I’m originally from New York, and grew up in the Bronx. I went all the way through school there: Grammar school through high school, and then culinary school at SUNY, which is outside of Albany.  I finished my studies at the University of Maryland; I’m a Terp.

I’ve lost most of my accent, mostly with the help of a speech coach.  When I came here from New York and worked with the Democratic National Committee, they gave me the business card of someone who could even out my then-very thick New York accent.

WashingtonExec: How is the recently announced acquisition by DC Capital Partners going?

Mark Hunker: I know my former job as COO at Catapult very well; with the new duties that I have picked up, it’s all about time management.  With my ten years here, I kind of know all of the nooks and crannies and what is working well and what needs to be improved.  The week of the acquisition, my eyes popped open a little earlier than they used to. I’ve been wearing a suit a lot more.  What made Catapult attractive to DC Capital Partners is that we have a great group of people here and a lot of great systems already in place.  Typically these systems and processes are implemented by companies much bigger than Catapult; but everything we have is pretty scalable. If we add companies or win new work that adds 50 or 100 new employees, we can handle it.

“A very important part for Catapult was to remain Catapult.  A private investment firm like DC Capital Partners allows you to be held whole.  If you get gobbled up by a bigger federal contracting firm, you can literally disappear.”

WashingtonExec:  Did Randy Slager (founder of Catapult Technology) give you any advice before his retirement in conjunction with the acquisition?

Mark Hunker: A very important part for Catapult was to remain Catapult.  A private investment firm like DC Capital Partners allows you to be held whole.  If you get gobbled up by a bigger federal contracting firm, you can literally disappear.   What made me want to become CEO?  I’m going to give you almost the same answer.  I definitely was not done at Catapult.  I tell this story a lot when I speak to groups of people or to our employees: When I started at Catapult, I sat in the hallway next to the copier machine.  My desk leaned up against the copy machine.  I was hired as Vice President to start a new division; then I became Executive Vice President, and then I became the Executive Vice President/COO.  I don’t think anybody knows this company better than me inside and out.  The company just isn’t done yet, and the beauty of our acquisition is that Catapult gets to stay Catapult.

WashingtonExec:  We all know that budget constraints are coming; how are you preparing Catapult?

Mark Hunker: Our goal is to spread our footprint across the government and work with our sister companies.  Organic growth is also a goal.  DC Capital Partners focuses on ways to differentiate us and sets and communicates a clear vision. Catapult will focus on new technologies.  Everybody talks about going to the cloud, and we’ve already done that at our biggest customer, the General Services Administration. We helped put their agency-wide email system into the cloud.  What Catapult wants to do is help federal agencies strategize to get to the next level of technology. Going forward, I think that is going to be a big differentiator for us with our sister companies.

WashingtonExec:  How has your culinary and food service industry background helped you in your current and previous COO position?

Mark Hunker: I can tell you that my culinary and restaurant experience helps with customers, clients, employees at all levels.   With a restaurant, you have the people in the front who are the first face to your clients walking in.  Then you have the servers.  Then there’s the people in the kitchen; they may consider themselves artists, but you as a manager have to say, “Yes, but I want to get 300 dinners out tonight.  The whole thing is a tremendous, delicate dance.  On a night when you can serve 200 to 300 people, it’s like throwing about 100 parties in the same space at the same time.  You have to make sure that every party—or every client, from Catapult’s perspective—is satisfied.  I apply those skills here when I’m dealing with a director who has an issue or an employee that has an issue, or a client—I definitely look and say “How can I make sure that everybody is getting served and getting what they need?”

WashingtonExec:  What keeps you up at night in terms of your job?

Mark Hunker: What keeps me up at night is being sure that we are delivering what we promised to the client and that we have a pipeline of new work that keeps all of our employees employed, ensures that they’re getting a paycheck and have health insurance.  I come from an human resources background, I kind of want to wrap a blanket around everyone and make sure that they’re protected, that there’s a job in three months, six months, nine months. I want to always put people first; that’s really key for me.

WashingtonExec:  I did have someone tell me that their 19 year old daughter kept them up at night.

Mark Hunker: I can tell you from a purely personal standpoint, I have a six-year-old daughter who has zero fear.  We visited a lake recently, and she walked to the end of the dock and did a back flip for the first time.  I come home at night and she is doing a handstand against the wall.  That’s what keeps me up.  I want to wrap my daughter in bubble wrap until she is 18.  I live in downtown DC; raising a child in the middle of the city isn’t easy, but that’s my fear: That my daughter has no fear whatsoever.