You are at:Home»Events»Dave McClure Speaks at WashingtonExec Breakfast on the Topic of Big Data 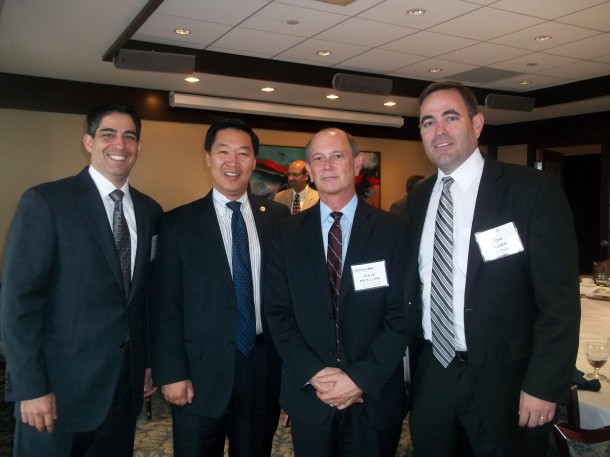 Dave McClure, a thought-leader in big data initiatives within GSA as well as the overall federal government, spoke of the democratization of data in both the public and private sector, the extensive cost-saving initiatives brought about by “unleashing the data,” as well as current GSA programs – including USASearch.gov, USA.gov and Data.gov.

McClure took a macro-level view on information sharing: speaking about the use of big data analytics between countries, national, state and local levels of government, as well as law enforcement agencies and the public health industry.

Much like his interview with WashingtonExec, McClure gave the example of the NOAA weather data model as an example of creating high-value services for citizens with little or no cost to government.

“Big data is a challenge and an opportunity,” said McClure.

The event was attended by several IT company representatives and sponsored by Northrop Grumman Corporation, represented by Jeff Yu and Michael King. Yu is the Director of Technology and Engineering Civil Systems Division of Northrop Grumman Information Systems and King leads Advanced Planning at Northrop Grumman Aerospace Systems.

Find photos from the event by going to the WashingtonExec Facebook page.