You are at:Home»Execs to Know»Interview With Sapient’s Raj Shah: The Disruptive Trend Of Mobile Technology Here And Around The Globe 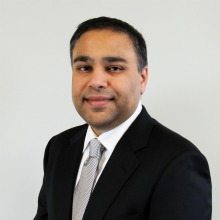 Meet Raj Shah, head of Global Security and Critical Infrastructure division at Sapient. Shah is a self-proclaimed “lifer” at Sapient, a company he joined while still in undergraduate school. WashingtonExec had the opportunity to interview Shah about the differences in implementing mobile technology in developing countries vs developed countries, why the United States is and will continue to be a leader in mobile technology, as well as the paradigm shift mobility is bringing to business.

WashingtonExec:  Tell us a little bit about your background and your plans for Sapient this year?

Raj Shah: I guess you could call me a “lifer” at Sapient.  I actually joined the company while I was still at University in Cambridge, Massachusetts and now have been with Sapient for a little over 16 years.

I came to DC after working with the company in Asia and Europe to work on a commercial project out of our Arlington office. My decision to begin working in the government space was influenced by my desire stay in the area and it’s now been five years and counting as part of our growing government division.   With Sapient Government Services, my primarily role is leading our homeland security and what we call our global security and national infrastructure practice including the intelligence space, homeland security, our nation’s grid and the environment.

“As we did with the web and similar technologies, we are now moving out of that Wild, Wild West phase – we’ve moved past the point of over-hype and now to the point of ‘yes, this could be valuable.’”

WashingtonExec:  How do you think the mobile work force is changing security standards?

Raj Shah: This is a disruptive technology, a disruptive trend. People now have the expectation of ‘I want all of my data available and all of my functionality available to me wherever I am, whatever network or device I’m on.’

On the one hand that’s a hugely powerful concept. For example the federal workforce can be decentralized and it could put a lot more of decision making in the field at the fingertips of folks who are in direct contact with citizens or where an issue is occurring like park rangers in Wyoming working with campers, or transportation officials and regulators on the side of a highway in Texas working with freight haulers.  However, at the same time, we have to think about the control of the data and the privacy and security concerns that exist there.  As we did with the web and similar technologies, we are now moving out of that Wild, Wild West phase – we’ve moved past the point of over-hype and now to the point of ‘yes, this could be valuable.’

The next steps including developing strategies that maximize value given the constraints placed on it.  In the next couple of years, we will have the opportunity to define the patterns for acceptable use and privacy controls and regulations.  It’s a very interesting time to be working in this space.

Raj Shah: If you go to India or China or even if you go to the African countries (Sub-Saharan Africa) you are running into locals that have no landline, no wired infrastructure to speak of – it’s all cellular, all mobile. In some places we are seeing connectivity speeds that rival or surpass what you would get on the East Coast or Silicon Valley in the United States.  I think if you are a consumer and you are sitting with access to that infrastructure you are right, those places have exceeded us.

I do however think there are some asterisks, there are some caveats.  The price point for an average consumer in those areas is actually well beyond what a normal person can pay for.  The penetration levels into those marketplaces are gated by the local wealth, the personal wealth of some of these folks and the price point that is being put there.  And then you then have to ask ‘what is actually available to those folks’.  A lot of the infrastructure we use in the US isn’t used by consumers, it is used by business.  If businesses in those locations are not ready to interact in this economy and are not using the patterns of business similar to the US that utilizes this infrastructure, you may be building a lot of underutilized network which would not be used for a long time. They may leap ahead in terms of infrastructure but their economy, their business structures, how they do commerce, what they can actually use the network for still needs to catch up to the advances that have been made in terms of infrastructure.

WashingtonExec:  Do you think the US is a leader in mobile?

Raj Shah: Yes, absolutely the US is a leader in mobile. For the foreseeable future, mobile innovation and the invention will continue to happen here.  However there are certain parts of how we do business and what we hold near and dear in terms of liberties, privacy and security that we are watching. This includes trends around mobile wallets and mobile identity and things like that.  We are waiting for some of those policy issues and some of those penetration issues to get addressed.

WashingtonExec: How do you think current tech buzzwords like cloud computing, mobility, big data are they connected?

Raj Shah: The thread that goes through cloud, data, and mobility is the concept of a convergence of access.  You are going to be able to say ‘I want all of my data, all of my functionality, all my applications, wherever I want them, when I want them’.   The thread of cloud, the movement of data, and this concept of mobility is that access convergence.  They have not yet converged on one thing but we can start.  All of these lines are heading toward an intersection maybe three years out where you are going to have the device and be able to say ‘I have these data sets. I want to be able to pull them together.  I want to build a piece of functionality on top of it and I don’t want to have to do it tethered to a desk at this point in time.’  I think once we get there that is going to be  just like the web and now social have been paradigm shifts in business – that will be even more so of a paradigm shift, it will be a seismic quake as how business is done, how application and software development is done, how people think through solving problems will fundamentally change.

WashingtonExec:  Do you think the private sector is ahead of the public sector when it comes to rolling out mobile solutions or solving the problem of big data?

Raj Shah: I think that the next step in this picture is for government to make data available and then right behind that people will come along and figure out how to put that data to use.

The government should consider baseline privacy and security concerns but avoid looking to monetize or build applications on top of data.   The government needs to make its data available.

WashingtonExec:  What is something that most people might not know about you?

Raj Shah: I have been to every continent.