You are at:Home»Events»Wolf Trap Foundation For The Performing Arts Introduces New Acts For Summer Season 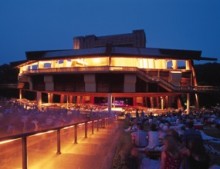 One of the biggest highlights of the season is the return of the National Symphony Orchestra with conductor Emil de Cou returning to lead the NSO@Wolf Trap Festival, joined by fellow conductors Eimear Noone and Steven Reineke in guest appearances.

The NSO will perform a full score to the screening of the iconic West Side Story and a rendition of Gustav Holst’s The Planets, with captivating HD film featuring new NASA images.

Wolf Trap will also welcome some of the greatest artists in the music industry. The legendary Crosby, Stills & Nash will perform their greatest hits and new material, while singer-songwriter Barry Manilow will be performing for two nights at the Filene Center.

The Summerland tour will come for the first time to Filene Center. The tour features the best in ’90s alternative rock including Everclear, Sugar Ray, Gin Blossoms, Lit, and Marcy Playground.

And the hit musical ROCK OF AGES revisits chart-topping songs of the ’80s from Journey, REO Speedwagon, Poison, and many other iconic bands.

Tickets are on sale now to members and go on sale Saturday, March 24 at 10am to the public. For the full summer calendar and tickets, click here.