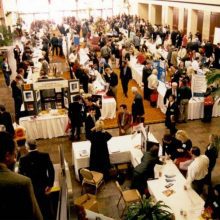 SAVE THE DATE: Friday, March 23, 2012 is the final call for nominations for the Ernst & Young Entrepreneur Of The Year award. The award recognizes entrepreneurs who have demonstrated outstanding achievement in company performance and management.

Calls for nominations have been extended for the Pacific Northwest Region. To be eligible, a nominee must be an owner or manager of a private or public company who played a primary role in company performance and has been an active member of top management for at least two years. Companies must be at least two years old and post a minimum revenue of $5 million, except in the life sciences or clean tech industries.

award Entrepeneur of the Year Ernst and Young