You are at:Home»News»MicroPact’s Entellitrak Software Awarded Authority to Operate (ATO) By The U.S. Customs And Border Protection 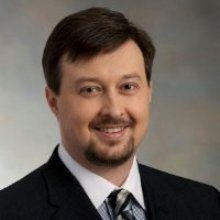 MicroPact revealed that it received an Authority to Operate (ATO) for its data center and entellitrak software yesterday from the U.S. Department of Homeland Security’s (DHS) Customs and Border Protection (CBP) agency. Entellitrak has been implemented as the Workers’ Compensation system for the CBP, one of the largest components of DHS.

MicroPact’s ATO was awarded after it received a Federal Information Security Management Act (FISMA) Moderate Certification and Authorization (C&A) as a result of a mandatory rigorous assessment by CBP. The certification means that entellitrak meets the stringent management, operational and technical controls needed to secure the information system.

“We are proud to hold an ATO from CBP, as an agency within the DHS on the front line of national security, they represent the gold standard in cyber security,” said Ryan Whelan, MicroPact’s Vice President, Technical Operations. “This ATO attests to the robust security of our system and data center, as well as our commitment to helping our federal customers maximize their IT investments.”