You are at:Home»Execs to Know»Todd Park On Entrepreneurship, Mobility And “Health Datapalooza” 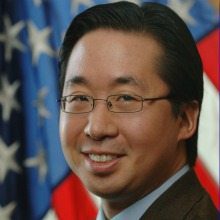 WashingtonExec recently had the opportunity to interview Todd Park, CTO of the U.S. Department of Health and Human Services (HHS). Park spoke with WashingtonExec about his transition as a West Coast serial-entrepreneur to a federal healthcare executive. As the HHS “entrepreneur in residence,” Park gave tips on how to run a “lean start up” as well as how he defines “mobility.”

WashingtonExec: You were in the private sector for a long time…what led to your Washington transition?

Todd Park: I co-founded a company called Athenahealth and then a company called Castlight. I also helped to start a company in India called Healthpoint Services that provides affordable water, drugs, diagnostics and tele-health services to rural villages.  I was somewhat surprised when HHS contacted me about potentially becoming HHS’s Chief Technology Officer, but then they explained to me that what they were looking for was actually what they called “an entrepreneur in residence”.  They weren’t looking for someone who would run all IT at HHS — they wanted someone who could be an internal champion of change. After a long conversation with my wife, we uprooted ourselves and I started at HHS two years ago.  It’s been an absolutely incredible experience thus far.

The idea is to put together interdisciplinary, nimble teams who then work in highly iterative fashion with very short-term deadlines to continually try, try, try, learn, learn, learn – as much as they can and as fast as they can in a very organic, ground-up way.

WashingtonExec: You are a serial entrepreneur. What have you learned from corporate America that has helped you in this current position?

Todd Park: It is critically important to get the best people. It is also important to follow the rules of what’s now called a “lean start-up,” a philosophy that Eric Ries has popularized. The idea is to put together interdisciplinary, nimble teams who then work in highly iterative fashion with very short-term deadlines to continually try, try, try, learn, learn, learn – as much as they can and as fast as they can in a very organic, ground-up way.  It’s an approach to driving change which emphasizes engaging your customers or stakeholders as early and as meaningfully as possible, and turns out to be a recipe for success in both the private and public sectors.

WashingtonExec:  I feel that there are a lot of different definitions of mobility.  How do you interpret mobility for HHS?

Todd Park: There are indeed a lot of different ways to define mobility, as you pointed out. The idea that I could, with my mobile phone, actually ascertain what might be ailing me and be able to find the best local healthcare providers close to me and then book an appointment – that, to me, is a perfect example of mobility. We’ve only begun to scratch the surface of what mobility can generate in terms of social benefit.

WashingtonExec: What is HHS initiative or project from this year are you most proud of?

Todd Park: One of the innovation initiatives that we have been pursuing very energetically here at HHS is called the Health Data Initiative – an effort to open up our vast troves of HHS data to the public, making this data accessible to innovators everywhere who can use the data as fuel to power new applications and services that help consumers, health care providers, and others.   A recent highlight of this effort was the Health Data Initiative Forum, which we and the Institute of Medicine held in June —  we here at HHS affectionately called it the “Health Datapalooza.” We issued an open call for the best innovations from across the country that leveraged our data to help consumers take control of their health and health care, helped doctors and nurses deliver better care, helped employers promote health and wellness, etc. To qualify, the applications or services had to have a sustainable business model; they couldn’t be concept cars, they couldn’t be something that people could look at but never drive.  They instead had to be services that could be deliverable to actual people today.

We were overwhelmed by the number of innovators who wanted to present and had viable candidates to present.  We ended up having to do an “American Idol”-style bake-off over webex with a panel of judges. The judges narrowed the field down to 50 innovations that were then showcased on June 9th at the Health Datapalooza.  What these innovators showed the world at the event was absolutely astonishing.  It was just an incredibly inspiring sight, seeing these remarkable innovations that have sprouted up, leveraging our data as raw material – innovations that are already helping millions of folks across the country  while creating jobs of the future at the same time.