You are at:Home»Execs to Know»Exec Moves»2012 GovCon Outlook In One Word- “Uncertainty,” Says John Hagan Of BB&T Capital Markets I Windsor Group 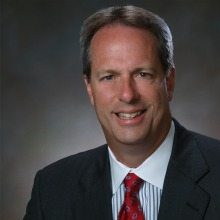 2012 is here, and with it comes big changes for the Federal IT industry.  WashingtonExec gave local executives the opportunity to share their thoughts on where they see the government contracting industry headed.

John Hagan: The market for mergers and acquisitions (“M&A”) in the government contracting arena for 2012 promises to be very dynamic.  If there were one word to highlight the global environment surrounding the industry today, it would be “uncertainty”.

Is the industry facing $500 billion in cuts over the following decade or a more draconian $1 trillion based on sequestration?  Given fierce competition and the government customer’s emphasis on reducing costs, companies (and their shareholders) are uncertain as to where profit margins will settle on newly awarded contracts.  In addition, with “ best price” versus “best value” becoming the overriding criteria for award by many agencies, assessing the probability of future contract wins is an increasingly uncertain prospect.  On top of all of this uncertainty, owners and shareholders are also contemplating the uncertainty surrounding future tax policy.  Will the Bush tax cuts expire?  Will additional tax hikes be levied?  If there is anything the public markets like less than bad news, it is uncertainty, and these pressures are reflected in the current historically lower valuation multiples for publicly-traded companies in the industry.

Given the current uncertain environment, investors/owners with a shorter investment time horizon will be positioning for liquidity sooner rather than later.  Some will be looking to exit ahead of potential capital gains tax rate increases.  Others will be seeking to exit before valuations (and possibly revenues and profits) decline further. The good news is that the many buyers in the market have access to capital at attractive costs, despite industry-wide uncertainty, so many high profile transactions continue to take place.  Strategic buyers will continue to aggressively seek niche acquisitions that will help them grow organically.  In addition, the large number of private equity firms interested in this market will continue to seek to deploy capital through platform and add-on acquisitions, taking advantage of favorable debt market dynamics.

Companies that are focused in niche growth areas such as cyber security, C4ISR, predictive analytics, cloud computing, and health care are in high demand from buyers.  Budget growth and company specific organic growth tend to be much stronger than the overall market in these segments.  Even in an age of uncertainty, sophisticated industry investors/participants have identified these segments and are intent on taking advantage of an uncertain market to position their shareholders for long-term growth.  For example, Raytheon Corporation recently announced its acquisition of Henggeler Computer Consultants (“HCC”) (represented by BB&T Capital Markets | Windsor Group) for its tenth cyber-related acquisition in the past three and a half years.  HCC is a Columbia, Maryland based high-end cyber and software engineering firm focused in the intelligence community.  The company is a forefront developer of enterprise architecture, analytics, software, and cloud-based solutions that form the backbone of key intelligence community systems.  Companies like HCC will continue to be highly sought after in 2012 and beyond.

As a result, expect 2012 to be as active, if not more active, than most years in terms of numbers of transactions consummated, to possibly even include larger transactions with mid-tier publicly-held contractors.  The key to success for sellers in 2012 will be proper positioning, timing and advice.  As pressures on valuations mount and buyers evaluate where to deploy capital in this environment, it will be the early movers that accrue the greatest benefits.