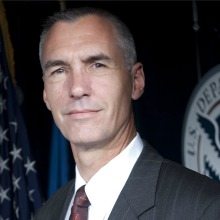 On December 9th, 2011 WashingtonExec hosted Richard Spires, Chief Information Officer (CIO) of the U.S. Department of Homeland Security (DHS). The roundtable was held at The Tower Club in Tysons Corner with over 45 executives in attendance.  Array Information Technology sponsored the event.

Spires discussed with executives an update on where DHS was in terms of FedRAMP as well as implementing cloud services across the federal government. Spires also named his goal for 2012: to make twelve cloud service SVCS work. The roundtable concluded with a final discussion surrounding the cloud and email integration in DHS.