You are at:Home»Execs to Know»Exec Moves»Stan Soloway’s Thoughts On 2012: Cyber, Intelligence, Counter-Terrorism Likely To Remain Priorities 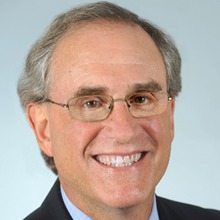 Ever wonder what Stan Soloway, President and CEO of the Professional Services Council (PSC) predicts will happen in government contracting come 2012? If so, read below!

PSC is the nation’s largest organization of government services contractors.

What will next year hold for Government Contracting?

Stan Soloway: For government contractors, two overarching questions dominate the landscape: what will the government’s short and long term budget realities enable the government to buy? And second, regardless of how much the government spends, how will it spend it?”

As to the first, it is clear that significant spending reductions are inevitable and are likely to occur annually over several years. What is less clear is what the pace and focus is likely to be for spending those dollars. The lack of a current year appropriation for most agencies, the near certainty that budget impasses will continue through 2012 and be repeated in fiscal year 2013, and the uncertainty of the election outcomes, creates a marketplace that lacks two of the characteristics most sought after in any market: clarity and predictability. As agencies struggle to build current and out year plans, not knowing how much funding they will get, for what, and when it will arrive, their challenges naturally extend to the industry that supports them. This overall uncertainty dramatically affects business planning and means companies are likely to cut back on investment in research and development for new technologies and solutions; be exceedingly conservative in recruiting, hiring and compensation; and, where possible, shift their emphasis and resourced to commercial markets.

This is particularly true in the technology-related fields, where, despite the overall economic downturn, the commercial market is reasonably stable, flexible, and growing.

At the same time, it is not a zero sum game. Unlike during previous budget drawdowns in the 1980s and 1990s, the professional services industry is deeply embedded in and increasingly essential to the government, particularly when it comes to the capabilities needed to support high priorities such as cybersecurity, IT, counter terrorism, and intelligence analysis and analytics. Indeed, these areas are likely to remain priorities for some time, regardless of which party controls Congress or the White House. Because the requisite skills and capabilities are predominantly in the private sector, companies well positioned in those markets will be less impacted by the budget challenges. As such, while the budget environment will affect everyone inside and outside of government, the impacts on companies with expertise in these critical areas are likely to be somewhat less.  Similarly, in IT generally, there could be increased spending and investment since modernizing business systems and otherwise capitalizing on IT is a key to driving sustainable, long-term efficiencies and overall cost reductions.

Additionally, the government continues to face ongoing demographic and human capital challenges, which will limit its ability to build its capacity in these fields, even though many inside and outside of government recognize the need for the government to do so. Add to the existing and evident competitive weaknesses the government has in recruiting and retaining critical human capital, the current pay freeze (which is likely to be extended) and likely hiring freezes, and the picture for the government becomes even more challenging.

Second, the question of how the government buys also looms large. In a resource-constrained environment, one would logically focus on ways to drive innovation and ensure that every dollar spent garners the maximum value and benefit. Unfortunately, instead of this “flight to quality,” we are instead seeing the government default to low price acquisition strategies, even when buying sophisticated services. It’s one thing to use “lowest price technically acceptable” approaches for the acquisition of commodities, but it is entirely another thing to do so when acquiring complex solutions. Yet that is increasingly what the government is doing.

For industry, this raises some very difficult issues, not the least of which is how to maintain, and even build, technology and other capabilities (including workforce) during a downturn when the customer is less and less likely to give you credit for doing so in the bidding process.  Similar impacts can be seen through the way the government manages its fixed-price contracts (where, in effect, it is consistently violating the basic premises and tenets of competitive fixed-price awards by dictating staffing, cost elements and even margins, as might be the case in a cost-type environment).

Stan Soloway: As for M&A activity, the presumption is that we will see additional activity. As resources become increasingly constrained, company growth becomes more reliant on acquiring additional contract positions rather than counting on organic growth. While it is tempting to assume we will see some major moves, potentially involving the large integrators, it is also important to remember that the still relatively new conflict of interest rules will limit some of that activity. And DoD has made clear it is not, at least for now, inclined to support additional major consolidations on the platform side. The picture on the services side could, however, be quite different.

But one of the overarching challenges is, and will likely continue to be, agreement on company valuations. Uncertain times tend to result in increasingly divergent views on valuations among buyers and sellers. That is at least in part the reason that 2011 saw substantially fewer transactions than 2010 or 2009 and could result in a somewhat slower pace of M&A activity in early 2012, although at some point the pace is likely to pick up, possibly significantly.

WashingtonExec: What shape will collaboration take between industry and government in addressing tough issues?

Stan Soloway: This gets back to the question of how the government buys. Smart, efficient and effective acquisition requires strong and continual collaboration between the public and private sectors, between buyer and seller. The record these days is spotty; quality communications and collaboration are more problematic and challenging than we’ve seen in many years. OMB and DoD have explicitly sought to attack this problem with guidance and policy memos, but it remains a big challenge—and one that must be taken on continually if the coming reductions are to result in optimal strategies and actions.