You are at:Home»Execs to Know»Exec Moves»Jeff Handy Of Fulcrum IT 2012 Outlook: Reduction In Legacy Programs, Increase In IT Spending 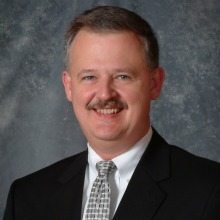 Jeff Handy, CEO of Fulcrum IT

WashingtonExec asked Jeff Handy, President and CEO of Fulcrum IT, “What will next year hold for Government Contracting?   IT budget cuts?   A shift in spending priorities?”

Jeff Handy: “The government market is definitely experiencing change.  The trend in Aerospace and Defense continues to reflect budget reductions while IT has experienced increases year over year, albeit small.  Simultaneously we are seeing an increased use of task order vehicles with smaller individual program awards and shorter timelines.  Uncertainty in budgets has contributed to more focus on the short term requirements while long term programs are moving more slowly through the acquisition process.  These trends are well established and most likely won’t change anytime soon.

I think we can count on near term spending to increase in areas the government has made a priority over the last few years such as Cloud Computing, Cyber Security, and Data Center Consolidation but there will be fewer total investment areas.  There will also be artifactual growth in areas such as communications and network requirements.  There is an emphasis on leveraging technology to improve efficiencies and productivity to reduce current mission costs.  In the short term, this could result in some spending increases.  We will continue to see reactive spending on things like mobile computing requirements and data management problems.  Due to budget constraints, most of the increases in IT however will have to be offset by reductions on legacy programs’ resulting in modest increases overall.  We will see pressure on the large companies impacted by overall cuts to grow by leveraging M&A to more quickly expand and align capabilities.

There are some positives resulting from the changes for mid-tier and small companies.  Short term capability requirements are resulting in smaller contracts and more opportunities to compete.  There will be an expectation and focus on leveraging IT to improve productivity.  Those companies who are focused and leaders in high value technology should do well.  Also, the strategic vision for most large government enterprises have not changed and while not all priorities will be funded, most will.  The challenge is when and what technology will be most beneficial at that time.”

Read Jeff Handy’s interview with WashingtonExec on his recent Fairfax Chambers of Commerce Government Contracting Awards “Executive of the Year” and “Contractor of the Year” nominations here.