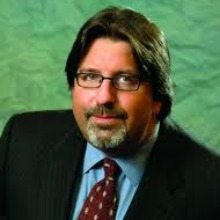 “The basic philosophy, spirit and drive of an organization have far more to do with its relative achievements than do technological or economic resources, organizational structure, innovation and timing.  All of these variables weigh heavily in success.  But they are, I think, transcended by how strongly the people in the organization believe in the basic precepts and how faithfully they carry them out.”

What is it about our inability to commit to commitment?  Our marriage rates have reached an all-time low (less than 45% according to a Pew Foundation Research Center study report released last week), our divorce rates are at all-time highs, our politicians make campaign promises and then regularly break them, our CEO turnover rates and average terms are alarming, and as the new year approaches, many of us will make resolutions that will be broken by March.  We change channels and radio stations so quickly that we can’t even tell what show is really on or what song is really playing.  Our impatience and inability to focus as a nation is chipping away at our ability to make a long-term commitment.

A commitment is a promise – which people depend on – to undertake a duty or obligation – to promise to do or not do something – the breach of which can have significant consequences to those affected by the promise.  When a candidate commits to serve on a board of directors or an executive commits to a leadership position, it is expected that they will commit to undertake their legal and moral obligations that go with these fiduciary positions with vigor, passion, enthusiasm and like our marriage vows, will do so “in sickness and in health.”

Leaders may not be formally required to take a vow or an oath, but that does not mean that the consequences of their commitments being broken are not just as significant as those who do undertake formal promises of dedicated service to a set of values and a defined code of conduct.  The commitment to strong, transparent and effective governance must be unwaivering.

There is a fable about a chicken and a pig who are considering the launch of a new restaurant.  When asked about the menu, the chicken suggests they focus on breakfast selections.  The pig is concerned with the unfairness of the contribution – after all, he would be fully committed and the chicken would only be involved!

In the context of leadership and governance, we need board members and executives who will be more like the “pig” – ultimately accountable to the success of the company and fully committed to the best interests of the stakeholders, and not just chickens who periodically contribute and are merely kept informed of the company’s progress.  A willingness to roll up your sleeves and wade knee deep into the muck is an attitudinal and philosophical approach to leadership and governance that this nation badly needs right now.

Commitment is the fuel that turns promises into reality.  Commitment is the accountability that separates activity from results.  Commitment is the duty that puts the interests of others ahead of your own.  Commitment is the manifestation of your actions speaking louder than your words.  Commitment is all about character, integrity, the undertaking of duty and the values to stay the course.  It has been said that the primary difference between an interest and a commitment is that if you are merely interested in doing something, then you’ll only do it when circumstances permit, but when you are committed to do something, you’ll accept no excuses, only results.”  Peter Drucker once wrote “unless commitment is made, there are only promises and hopes, but no concrete plan of action.”  To combat a persistent global recession, we cannot depend on the mere promises of leaders to dig out of our holes, we need a concrete and implementable game plan.

As you set forth your own leadership and personal goals for the new year, make a firm commitment to commitment.

“Commitment unlocks the doors of imagination, allows vision, and gives us the “right stuff” to turn our dreams into reality.”

Andrew J. Sherman is a Partner in the Washington, D.C. office of Jones Day, with over 2,500 attorneys worldwide.  Mr. Sherman is a recognized international authority on the legal and strategic issues affecting small and growing companies.  Mr. Sherman is an Adjunct Professor in the Masters of Business Administration (MBA) program at the University of Maryland and Georgetown University where he has taught courses on business growth, capital formation and entrepreneurship for over twenty-three (23) years.  Mr. Sherman is the author of twenty-three (23) books on the legal and strategic aspects of business growth and capital formation.  His twenty-third (23rd) book, Harvesting Intangible Assets, Uncover Hidden Revenue in Your Company’s Intellectual Property, (AMACOM) has now been released.  Mr. Sherman can be reached at 202-879-3686 or e-mail ajsherman@jonesday.com.