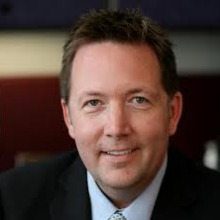 Today WashingtonExec had the opportunity to listen in on our nation’s newest Federal CIO, Steven Van Roekel, regarding his government-wide plan for data consolidation. The fully outlined report is scheduled for release tomorrow by the Office of Management and Budget (OMB).

VanRoekel gave a brief overview of what the IT community should expect to see in the coming months and gave the press recalculated savings from his IT reform plan.

-The revised and expanded data center eligibility approach will cause 962 data centers closings by the end of 2015. (the original estimate by the first federal CIO Vivek Kundra was 800 by 2015)

-The change in data center square feet standards increases the estimated amount of money saved by 2015 from $3 billion to $5 billion.

VanRoekel spoke much about his data consolidation plan coinciding with current calls for federal spending cuts and increased efficiency.

“We are proud to announce that we are making great progress,” said VanRoekel.