You are at:Home»News»Information Technology»Free From Bureaucracy: Vivek Kundra Writes About Inefficiency, Budget Cuts and The Cloud 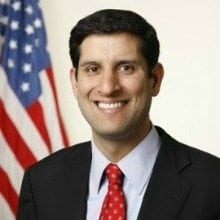 On Tuesday, no longer in his position as the nation’s first federal CIO, Vivek Kundra wrote an opinion piece in The New York Times about what he predicts will happen to his “Cloud First” Policy as well as how it ties into budget cuts and international institutions.

Sporting a new tone, Kundra called for the elimination of the “I.T. Cartel” plaguing government funds and progress. He cited last year’s Department of Defense decision to cut-off a Northrop Grumman project that racked up $850 million in bills over a ten-year period.

Kundra also gave examples of what top cloud computing innovators are doing right, including powerhouses Amazon and Google.  Kundra said that he is looking forward to watching the federal government modernize with cloud computing and mobile technology.

According to Kundra, unlike private corporations that can lure top talent with money and perks, the federal government does not yet have a clear plan to recruit the cybersecurity professionals needed to protect new mobile and cloud networks.

Kundra’s Bottom Line: “The budget crisis will accelerate the move towards cloud services. Governments, businesses and consumers all have a lot to gain, but not everyone will have an equal say at the table. Public and private organizations that preserve the status quo of wasteful spending will be punished, while those that embrace the cloud will be rewarded with substantial savings and 21st-century jobs.”