You are at:Home»Events»William Hoover of AMERICAN SYSTEMS To Co-Host Fundraiser For IMSFF Thursday 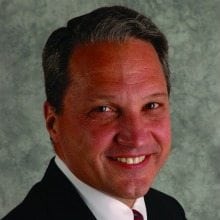 AMERICAN SYSTEMS President and CEO William C. Hoover and the Injured Marine Semper Fi Fund (IMSFF) are hosting a fundraiser this Thursday with The Tavern at Great Falls. IMSFF supports the needs of our American heroes regardless of service and their families in crucial times.

Starting at 6 p.m. on Thursday, Sept. 8, 2011, all guest bartender tips, along with ten percent of all drink ticket receipts will go towards IMSFF. The Tavern is located at 9825 Georgetown Pike in Great Falls, Virginia.

There will be two “celebrity” bartenders, General Al Gray (USMC, Retired) who served as the 29th Commandant of the Marine Corps and is currently the Chairman of the Injured Marine Semper Fi Fund Board of Directors and Lt. General John Sattler (USMC, Retired) who served in multiple roles from 2001 to 2008 in the theaters of operation in the Global War on Terror. Lt. Gen Sattler and Hoover were former classmates, Company-mates and room-mates at the United States Naval Academy (USNA).  Both Gen. Gray and Lt. Gen. Sattler will be mingling among the crowd and providing insight into the needs of our soldiers, sailors, airmen and marines.

Hoover and his 11th Company Classmates from the US Naval Academy / Class of 1971, will commemorate the 10th Anniversary of 9/11 as part of their activities associated with the 40th anniversary of their graduation from the Naval Academy.   Hoover and his Classmates / Company-mates have committed to raise more than $71,000 for the benefit of the IMSFF. The event is open to all guests and WashingtonExec readers are encouraged to attend.