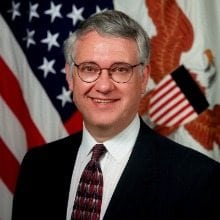 The Center for Strategic and International Studies’ Homeland Security and Counterterrorism Program and Transnational Threats Project (CSIS) and the Intelligence and National Security Alliance’s Homeland Security (INSA) Intelligence Council are hosting a day-long senior policy symposium to commemorate the tenth anniversary of September 11. The “Evolving Terrorist Threat and the Importance of Intelligence to Protect the Homeland” will take place in the Amphitheater of the Ronald Reagan Building in Washington D.C. on Wednesday, September 7, 2011 from 7:00 a.m. to 5:30 p.m.

Since the tragic event that occurred almost ten years ago, the United States has significantly advanced its intelligence capabilities, both foreign and domestic, to fight terrorism and protect the country. However, terrorist threats to U.S. national security have continued to evolve, as have the related risks associated with globalization and advancements in technology.

Janet Napolitano, Secretary of Homeland Security, will deliver the keynote address on “The Importance of Intelligence to Protect the Homeland.” INSA and CSIC, who evaluate the evolving nature of the threats and the intelligence processes needed to protect the homeland, will be leading the discussions throughout the day.

INSA Chairwoman Fran Townsend and President and CEO of CSIS of John Hamre moderate the event. The list of the speakers and panel moderators is listed below.