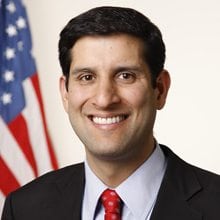 Vivek Kundra, the US government’s Chief Information Officer (CIO), advised tech leaders in the federal government to emulate private sector practices in their drive for innovation.

Speaking as the keynote presenter for the UBM TechWeb’s 2011 Government IT Leadership Forum in Washington, DC, Kundra was joined on stage by CIOs from FedEx, Sunoco, and United Stationers.

“What are you guys doing in your organizations to provide better services and address some of the structural issues?” Kundra asked those assembled. He went on to say President Barack Obama’s administration is looking for ways to close a perceived “tech gap” hampering government performance.

Obama recently issued an executive order mandating federal agencies “learn from what is working in the private sector and apply these best practices to deliver services better, faster, and at lower cost.”

Kundra was already well into the process before his keynote, meeting with public and private CIOs at the White House to discuss “what’s next in enterprise IT?”

“With so many pressing issues on their plates, government CIOs are eager to hear what other IT leaders, in both the public sector and the private sector, are doing to raise their IT performance,” said John Foley, InformationWeek Government’s editor. “InformationWeek’s Government IT Leadership Forum provided a venue for idea sharing on topics such as cybersecurity, data center consolidation, cloud computing, and IT project management.”

Other leaders at the forum included the FBI’s CIO Chad Fulgham and Carole Post, commissioner for New York City’s Department of IT.