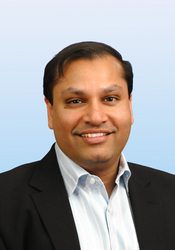 Reggie Aggarwal is simply a leader.  As the founder and CEO of Cvent, a CRM software company, Aggarwal has a long history of demonstrating his leadership skills effectively to the point where he has received much success.  His patience and hard work with the company has made it the largest event management software business in the entire country.

Along with launching a company, Aggarwal has earned many titles through his accomplishments.  He was named the Ernst and Young Entrepreneur of the Year for 2009-2010.  Also, he was one of The Washingtonian magazine’s 100 Tech Titans of Washington D.C in 2011, as well as one of the 40 most influential business leaders by Forbes Magazine.  In addition, Aggarwal has had many articles written and television appearances on his success.

Other work that Aggarwal achieved is being the co-founder and Chairman Emeritus on the Indian CEO High Tech Council.

Aggarwal attended and graduated with a B.S. from the University of Virginia, a J.D. from Washington and Lee University and a L.L.M. from Georgetown University’s Law School.

Not only was he prepared in an educational sense for the future, but also in leadership during his life at college.  From being class vice president at one school and president at another, Aggarwal has shown that he belongs in the leadership seat.