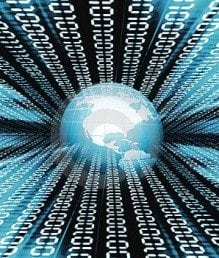 It was announced on Monday that Jai Singh, former managing editor of AOL’s Huffington Post Media Group, would be the new editor-and-chief of Yahoo! Media Network.  In his new role at the rival network, Singh will “help transform the company as it increases its original content creation, build the unique voice and programming of Yahoo’s leading properties, and help drive best-in-class tools and practices,” said Yahoo! in a statement released Monday.

What sparked this change in Yahoo! was the overwhelming number of viewers on their website for the Royal Wedding.  Yahoo! saw a record number of viewers on Friday when the company received 50,000 requests per second and 400 million page views.  The Royal Wedding was the largest traffic number of a single event that Yahoo! has seen thus far.  The news of Osama bin Laden’s death was 40,000 requests, while Japan’s earthquake came in 3rd with 33,000 requests per second.  Because of this year’s spark in news and tremendous popularity, Yahoo! brings Singh on board to modify the network’s unique voice.

As the prior managing editor at AOL’s Huffington Post, Singh’s duties included day-to-day management, as well as editorial operations.  During the two years he worked at the company there was much growth in the content, editorial staff and viewers.  Before working at AOL’s Huffington Post, he was the creator of CNET.com.  The technology news and review website launched in 1996 and won many journalism awards during a time when mainstream media was uncertain of the Internet being a source for reliable information.

“Jai is one of the most advanced and respected editorial thinkers in digital media today, and a great addition to our editorial bench strength,” said Mickie Rosen, the senior vice president of Yahoo Media Network.

With his many accomplishments and varying background of media networks, Singh will help the transformation of the Yahoo! Media Network on his starting date on May 31.