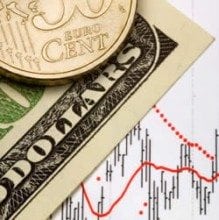 In explaining the drop, Sandor Rosenberg, IAI’s Chairman and CEO, said the federal government was primarily to blame.

“The Company’s revenue and profits were down in the first quarter in comparison to the first quarter of 2010… this was due, in large part, to the delay in government budget approvals,” he said. “We expect to achieve a higher revenue level in the second quarter now that funding has been approved for the remainder of the government fiscal year. We are actively pursuing the system modernization business where we have observed an increase in opportunities in both the government and commercial marketplace.”

IAI, an information technology services company based in Fairfax, Virginia, specializes in web solutions and modernization of legacy systems. Rosenberg said the company will “continue to pursue merger and acquisition opportunities.”

Previous ArticleCMS Awards General Dynamic Information Technology $95 Million
Next Article ManTech Named One of 2011’s “Most Valuable Employers for the Military” By CivilianJobs.com