You are at:Home»Execs to Know»Exec Moves»Harold Pinter’s “Old Times” at Washington Shakespeare Company

Starting next week, Washington audiences will get a chance to try deconstructing Harold Pinter’s Old Times for themselves. 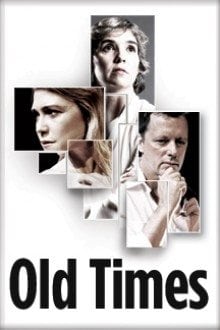 The play, which opens at Shakespeare Theatre Company’s Lansburgh Theatre next Tuesday, is one of Pinter’s trickier works. While at first the plot seems simple–a woman is visiting an English couple at a seaside retreat–by the time Act II starts the audience doesn’t know if the women are actually one person, or if any or all of the characters are dead.

Interpretations of the play’s three characters–Kate, Deely, and Anna–range from a belief that all three are different personalities of one person, to the idea that all three are separate people, but have died at various points before the curtain rises.

“Even single words can become time bombs,” praised Rich in a 1984 review of the work.

The DC production is being directed by Washington Shakespeare Company’s Artistic Director, Michael Kahn. Kahn was recently called “one of the best directors in America” by DC Theatre Scene.