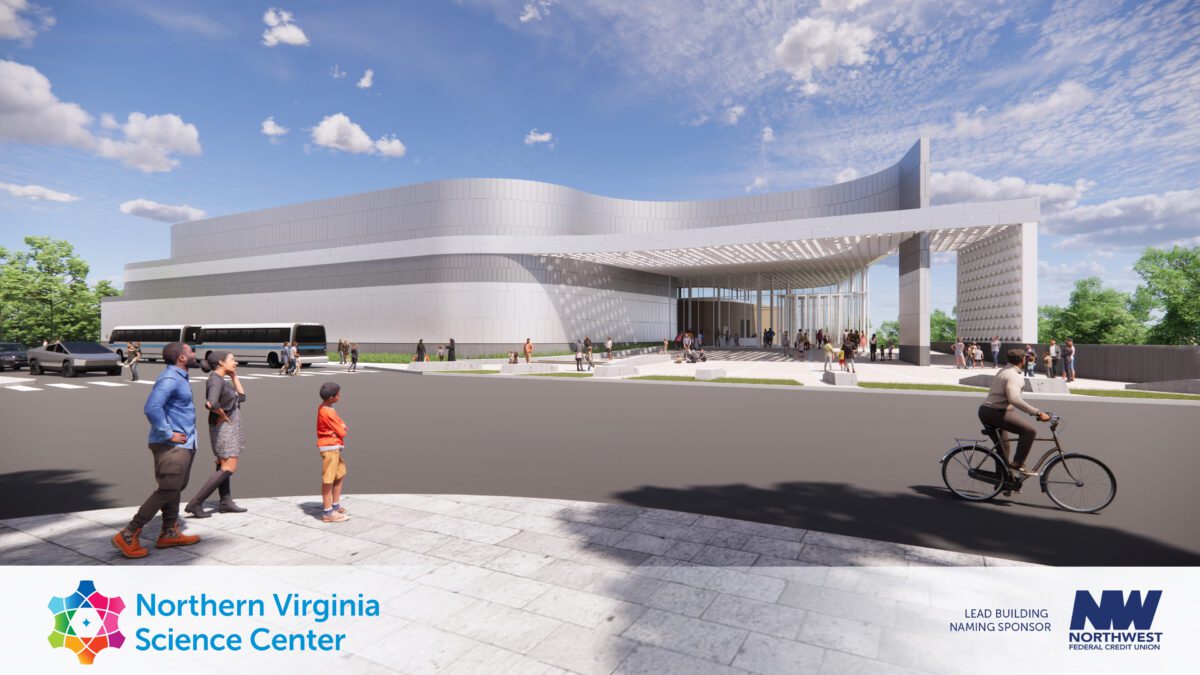 As the Children’s Science Center wraps up a summer of both virtual and in-person camps, leaders are also targeting community support for a campaign to finish fundraising for a new state-of-the-art center.

When finished, the Northern Virginia Science Center will feature creating art and music using real-time data; constructing an outpost on the moon; investigating Earth’s habitats by land, air and sea; and harnessing the power of the human brain. Organizers are now in the last fundraising stages with hopes of breaking ground in 2022. With about $6.7 million remaining to reach their $75 million goal, Executive Director Nene Spivy hopes a newly re-energized world coming out of more than a year of COVID-19 precautions is ready to wrap up this phase of the project so work on the actual facility can begin.

Construction is expected to take about two years, and the impact of the science center is expected to be huge, drawing millions of visitors annually and providing new opportunities for the region.

“We feel like it’s a missing piece of educational infrastructure,” Spivy said. “It’s really important to get children interested early in life by planting those seeds of curiosity and interest and making them feel confident about STEM subject areas they can do, study, get excited about and love.”

That early excitement can build a foundation vital for some students who need an extra push to work through the rigors of more advanced classes as they get older, she added. And facilities that bring science to life, such as this one, can make a big difference.

Already, the Children’s Science Center has programming targeted at underserved children, and Spivy said the new center will expand that programming when it opens.

As a child, Spivy enjoyed enrichment activities that fueled her love of learning and exploration. In one enrichment experience, she and her classmates studied alien life forms and created science fiction “movies” of aliens landing on earth. They built astrolabes to measure stars in the sky and developed what Spivy looks back on with enthusiasm as “amazing projects” involving the study of ancient civilizations, space, aliens and more.

“It really stretched our imaginations and made us think deeply and critically,” she said. “I think that kind of hands-on, mind-bending experience was so good for me and really put in place some of those seeds of confidence I needed later in life.”

In high school, Spivy was interested in becoming an engineer, but others around her had doubts as to whether it was a suitable career for a woman. Her interests included genetics, physiology and a whole range of STEM areas.

Her curiosity grew and she now considers her position “the best job ever” as she gets to dabble in each of those areas.

Spivy studied industrial engineering in college and worked as a computer programmer after graduation. Later, she earned her MBA and became involved in telecommunications during the 1990s. Eventually, she began to feel she wasn’t making as much of a difference in the lives of others as she would like, and she turned to nonprofit work.

At one point, she served on the board of directors for another children’s museum and with the Junior League of Northern Virginia.

“This project (to build the new science center) was in great part started by the Junior League of Northern Virginia,” she said. “A lot of us have been involved for a long time.”

When work began, Spivy’s daughter was just a baby. Now, that same daughter is 16.

“There’s so many different ways for people to get involved in the science center,” Spivy said. “We’ve always felt this was being built by our community for people in our community, and this really is reflective of who we are and what we aspire to be in our region.”