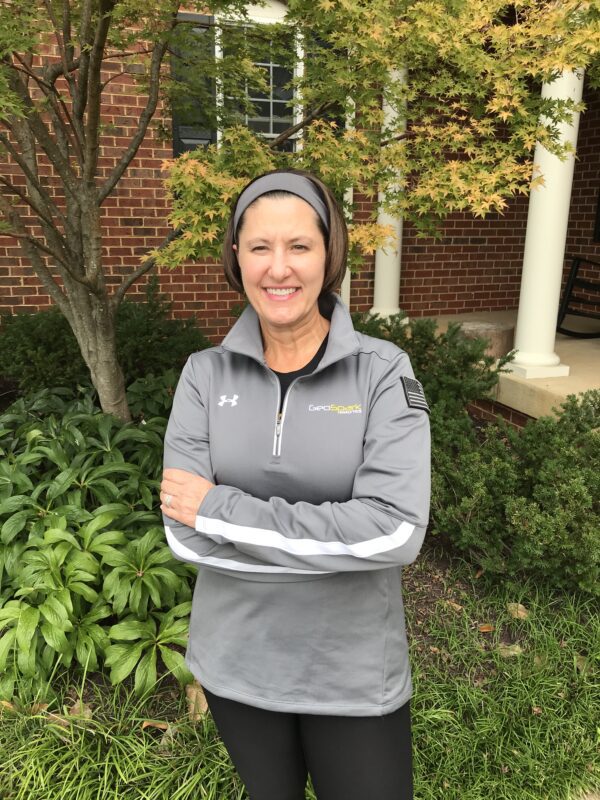 A year ago today, Amanda Brownfield was enjoying what she now refers to as her “1-year sabbatical,” following the sale of Engility, where she was a member of the executive team.

Now the newly appointed CEO of growing technology solutions leader Geospark Analytics, Brownfield is excited for this next step of a major career pivot from 25-plus years leading portfolios inside of large government contractors to her post-sabbatical work at the helm of a small, commercial, disruptive technology firm. She came on board with the company in March as president.

“I jumped right in with (founder and then CEO) Omar Balkissoon and the rest of the leadership team during a critical time in our company’s journey — the transition from startup to scaleup during the middle of a global pandemic, I might add,” Brownfield said. “And boy, was my timing impeccable, no thanks to me.”

Brownfield was appointed CEO at the beginning of this month as Balkissoon became executive chairman of the board and a strategic adviser to the company.

The career moves that led Brownfield to where she is today date back to the 1990s when she leading soldiers and jumping out of airplanes for the Army Corps of Engineers in the elite 18th Airborne Corps at Fort Bragg, North Carolina. A third-generation Army officer, Brownfield holds a bachelor’s degree in political science from Duke University and an MBA from George Washington University’s School of Business.

Later, she embarked on a 15-year run at Science Applications International Corp., where she rose to vice president. From there, she went to work for TASC, quickly rising to the rank of senior vice president of the Intelligence Group. Over the next six years, Brownfield was a part of the executive leadership team that first sold TASC to Engility and then Engility to SAIC, a move that created the second-largest independent government technology integrator with $6.5 billion in annual revenue.

“It was a remarkable achievement for us given that it had been only three short years since Engility acquired peer company TASC, the company I ironically joined from SAIC in January of 2013,” Brownfield said.

‘Learn and Grow and Reload’

Following the transaction, the Engility executive leadership team departed the company, and Brownfield began her sabbatical.

“If I’m being totally honest, I initially felt both anxious and eager,” she said. “I was technically unemployed for the first time in decades, but it wasn’t long before I recognized the gift I had been given.”

At first, Brownfield did the usual sorts of things one does when time finally opens up.

She reconnected with family and spent more time with her now 72-year-old mother who owns and operates Reveille Vineyards in the Shenandoah Valley. She cheered loudly with her sister and brother-in-law as her two young nephews marched toward the district Little League baseball championships. She and her wife, Nadine Kokolis, traveled broadly. They went on adventures in Germany where Brownfield was born. They snapped cheeky photos on the Culloden Battlefield in Scotland to satisfy Brownfield’s obsession with the “Outlander” series. They explored the great outdoors in Arizona and Alaska.

Having already consumed Walter Isaacson’s respective biographies of Benjamin Franklin and Steve Jobs, Brownfield picked up his work on Leonardo da Vinci, appreciating his insight into how the ability to make connections across disciplines is a “key to innovation, imagination and genius.” She enjoyed “AI Superpowers: China, Silicon Valley, and the New World Order” by Kai-Fu Lee, a book she praises for its ability to “make technology very accessible to a nonengineer like me, but also for his deep self-reflection and admonition that we need to let ‘machines be machines and humans be humans.’”

In addition to reading more, Brownfield exercised religiously and developed a fascination with podcasts. Turns out, one of those podcasts gave her the inspiration for how she would spend the rest of her sabbatical. The episode was No. 395 of Freakonomics, the date Oct. 30, 2019. Host Stephen J. Dubner was interviewing former Undersecretary of Defense for Policy Michèle Flournoy who made the comment that defined Brownfield’s “aha moment”:

“I loved the whole concept of ‘learn and grow and reload,” Brownfield said. “This year gave me the space and time to really reflect on what I loved about the last 27 years of my career, what I didn’t love, what I could have done better if given the opportunity and what I might want to do next.”

Brownfield’s sabbatical ended in January following a year of intentional networking, growing and evaluation of next possibilities. As part of that networking and growth experience, she met with an influential mentor. Nearly a year ago today, that mentor offered advice Brownfield now considers almost prescient:

The whole future of the world revolves around data. Get out of the services industry [nothing against it]. Partner with an entrepreneurial Silicon Valley CEO who believes she has something to offer but doesn’t know much about mission or how to navigate acquisitions. Then help lead a product-based business in disruptive technology.

“It’s funny how life works,” Brownfield said. “For no particular reason, I sent a note to an old colleague in January 2020, Omar Balkissoon. He and his business partner, Garrett Pagon, were coming off a 15-year run and the successful sale of their first company, OGSystems. A couple of years before that final sale, they spun out a small, standalone, commercial technology company called Geospark Analytics. And the rest was history, as they say.”

“I’m flexing muscles I never knew I had and learning every single day,” Brownfield said. “If my mentor believes the ‘whole future of our world revolves around data,’ I think he would be pleased to know that I’ve joined a team of developers, data scientists and mathematicians that built a product that we believe makes the U.S. government ‘future ready,’ as we like to say.”

“At the time, we differentiated ourselves by our reputation for always putting the mission first and by our domain expertise,” she recalled. “Today, those are baseline competencies, and it’s no longer good enough to offer ‘Me Too SETA.’”

As times and needs have changed, Brownfield finds herself, like other successful leaders, immersed in the worlds of AI, machine learning, cybersecurity, cloud and high-performance computing.

The most important lessons of her career continue to act as anchor points through the shifts in technology, needs and focus in the industry: hiring the right talent. Hiring based on corporate values. Hiring on potential and not only pedigree. Giving employees authority and autonomy to do their jobs. Offering genuine appreciation. Showing a willingness to learn and change. And creating a “purpose-driven culture” with transparency, communication and authenticity. For her, the crux is simple:

Over the years, she’s worked at every level — as an individual contributor, leader of small and large project teams and line units right up to being part of the executive leadership team.

“The common denominator in all of these roles is we took care of our people, and our people passionately prosecuted their missions on behalf of the United States government,” Brownfield said. “I really pride myself on being a hands-on executive who brings energy and passion to the organizations I serve.”

Her own recipe for success? Leading from the front, offering transparency, being authentic and meeting people where they are.

“I am certainly proud of what Engility became during the three years I had the privilege of working there, but I am most proud of the team we created and the colleagues with whom I served,” Brownfield said.

Away From the Desk

In her spare time, Brownfield enjoys attending live theater, concerts and talks with her wife, as well as visiting museums and galleries in the area.

For the last five years, Brownfield and her family have proclaimed the annual Middleburg Film Festival in October a family, girls-only weekend. During the 2019 festival, she was especially touched by “A Beautiful Day in the Neighborhood” starring Tom Hanks as Mister Rogers. Its true story of “kindness triumphing over disillusion” is “so important in today’s hyperpartisan world,” Brownfield said.

During her sabbatical, she spent even more time following sports, watching each U.S. Women’s World Cup match, following the WNBA and even attending the championship game.

“And of course, we’re all about the Nats,” she added.

A self-described foodie, she and Kokolis keep a list of new places to try — everything from fine dining to food trucks — and check them off as time permits.

“And living out in Warrenton, Virginia, within striking distance of the Blue Ridge, we are all about being outside and hiking whenever we can,” she added. “More than anything else, we love spending time with our family.”