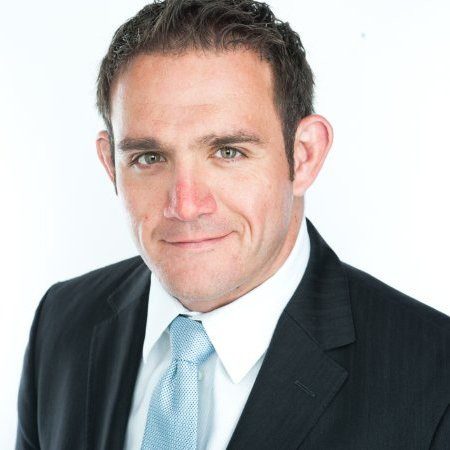 The finalists for WashingtonExec’s Pinnacle Awards were announced Oct. 8, and we’ll be highlighting some of them until the event takes place virtually Nov. 12.

Next up is Cybersecurity Industry Executive of the Year (Private Company) finalist Dylan Conner, who’s ID Technologies’ chief technology officer and president of its Archon Division. Here, he talks success, future focus areas and rule-breaking as an industry leader.

One of the key achievements we had this past year has been bringing a level of commercialization to the CSfC marketplace. I’ve had been thinking about how to enable continuity of operations in the case of a biological event or other disruption of service. COVID-19 wasn’t what I expected, but it really highlighted the requirement that we’ve provided by enabling access for thousands of users to a classified network. Being ready to support the government in this scenario is what I’m most proud of.

All of the success in my current role is due to the great team that we have at ID Technologies. Mission first is something that people throw around a lot, but the team at ID makes decisions, both personally and as a corporation, that I don’t think many companies would make — in a very mission-focused kind of way. I’m truly proud of that, and I think the customers are responding to this commitment.

A turning point in my career was when I realized that as great as large companies had been for most of my career, there’s things that are just difficult to do. I realized that innovation and solving problems were really what drives me.

In 2016, it became apparent that I was going to have to join at team like IDT to really do what I wanted to do. At ID Technologies, we believe innovation is meeting a critical need, and that the most meaningful progress comes from taking on the toughest challenges. We kick down the door, instead of waiting for it to open.

Going forward, my primary focus is providing secure communications paths in a way that’s scalable, cost efficient and easy to use. Everyone else is focused on artificial intelligence, machine learning, the cloud — all these buzzwords — and people have just forgotten the fact that it is difficult for our government to operate securely unless everything is working perfectly. COVID-19 has shown it, a biological attack would show it, even a bad weather event has shown it.

As a nation, we have to be able to communicate to work the mission. Our focus is providing that secure communications platform, end-to-end, that the government can count on in times of crisis or degraded capability.

How do you help shape the next generation of industry leaders?

I think it’s a combination of challenging people with tasks that they may not think they’re ready for, and then providing them with the support to be successful in that challenge. If you don’t have people that are aspirational and reaching past their own capability, you have to create the scenario where they will voluntarily reach outside their comfort zone and give them the freedom to fail or to experiment in that space without a crushing consequence.

I think what you see in senior government leaders but also industry are people who have been shaped by their failures. If the organization that they’re a part of embraces those learning opportunities, you’ll see people who are willing to take more calculated risks. That’s when change really happens!

I had people who supported me all throughout my career at Dell who would let me do what I wanted to do. I failed big sometimes, but there was never a career-ending event, because I was failing in the right ways. I was trying to push the boundaries, and I was trying to help customers.

In any role in an organization, if you’re failing the right way — which is trying to improve something for the customer, the employee, or the company — then the consequences should be positive: counseling, extra resources and training. It’s important to take a personal stake in the success of the people that work for you and around you and actually take the time to care.

Which rules do you think you should break more as an industry leader?

As an industry leader, I believe rules are for other people — ha! But seriously, if you want conventional results, follow conventional wisdom. If everybody is doing something a certain way, there’s a decent chance that there is a way to do it better.

Breaking rules, finding a way to do something everyone’s doing one way, but better, that’s when you have those big moments in history. Conventional wisdom oftentimes leads to results that aren’t what they could’ve been if you approached the problem with a clean sheet of paper.

My biggest career struggle was my transition into leadership. Going from an informal leader in an organization to a member of the executive team was a big leap for me. I brute-forced it. I just kept working, and I stopped doing things that didn’t work and kept doing things that did.

Also, in my career, I’ve been very lucky to have a fantastic mentor community. The support of people I’ve had, who are extremely successful and interested in giving back, is an integral part of that.

I’ve never seen any job I’ve had, as an adult, as a job. I’ve never felt like I was doing my time or just punching a clock. I loved every minute of it. Even the bad parts motivated me to do better. If you find yourself in this industry, and you don’t love it, you’re not going to be as successful as you could be, and you certainly aren’t going to be as happy as you could be.

I think that phrase, “Do what you love, and the money will follow” — while cliche — it does come down to that. It made the long hours, the personal sacrifices and the stunted social life, worth it, because I love what I was doing, and I love the results we were getting, and most importantly I love the impact we had.