Patrice Olivon grew up in France on a typical Mediterranean diet that still influences him today. Now, the former White House chef — who has also served as executive chef for the French Embassy, cooked at multiple leading restaurants in Washington, D.C., and has over four decades’ experience — is streaming his cooking classes online.

Cooking Live began about three years ago as Olivon transitioned from training chefs at a culinary school to launching the platform and sharing his gifts in other ways. During this year’s quarantine and the ongoing pandemic restrictions, Olivon believes the skills he shares with home cooks may be more relevant than ever.

“I wanted to reach more people online by teaching people at home how to cook, not as a professional but to at least have a little bit more technique,” he said. “I created Cooking Live, which is online cooking classes, but different than anything you can find online. It is a full 2-hour cooking show and class.”

Participants select from more than 100 classes divided into three categories: easy, motivating or challenging. They then cook with Olivon in real time, following each step with him along the way and finishing at the same time he finishes. Olivon provides ingredient and equipment lists in advance, and participants also can pause and rewatch. 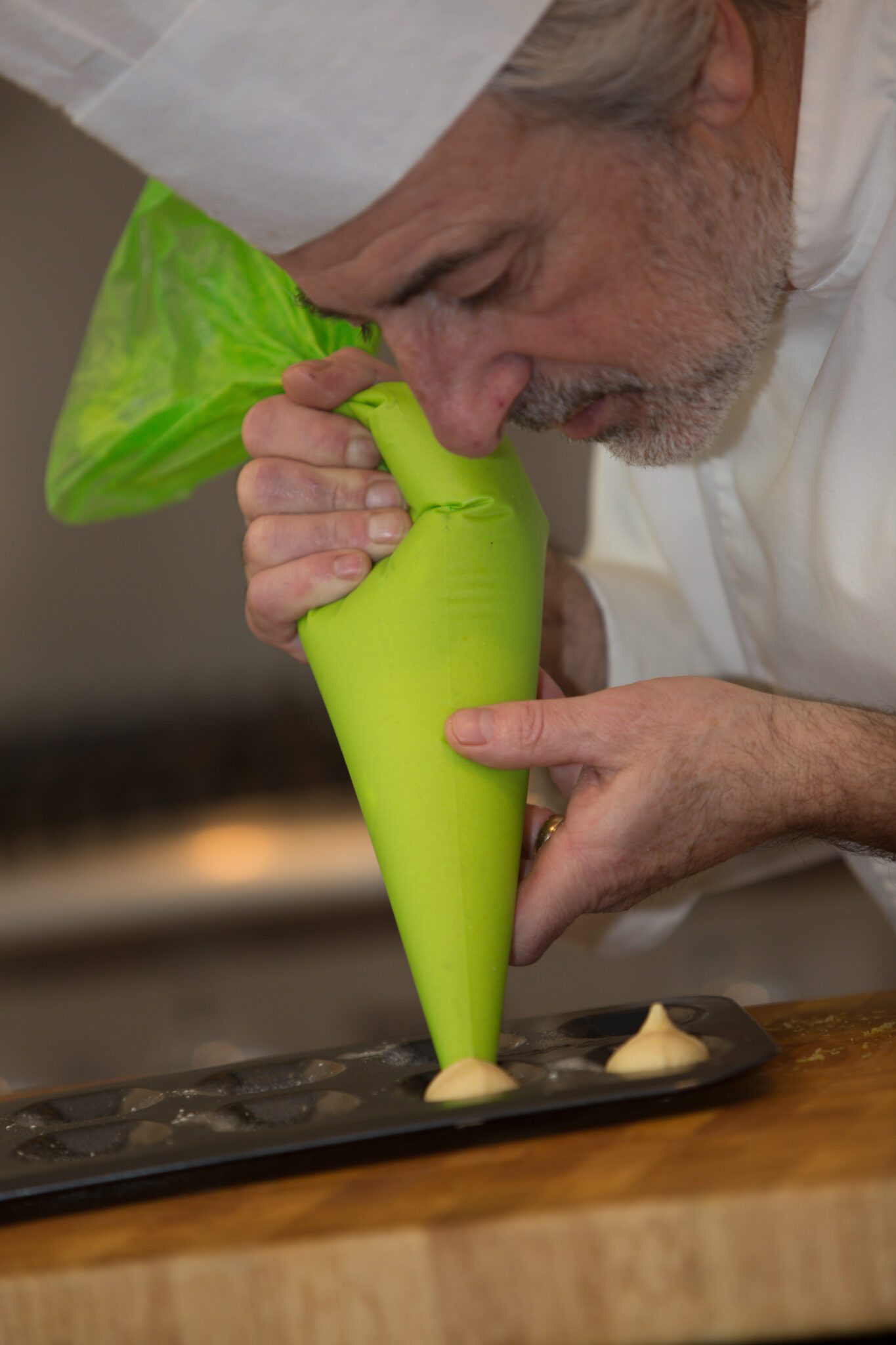 “It’s like I’m in their kitchen, and we are working together,” he said. “At the end of the two hours, they’ve created a dish for two people, a couple of dishes actually if you do the entire program because it’s always a main course, and you do a dessert or first course.”

Some of his customers make Cooking Live part of their weekly routines, even part of a weekly date night.

“They love it, and then they send me a picture about what they cook,” Olivon said.

In the past, Olivon led many private classes in clients’ homes, at birthday parties and for business events where he taught and entertained small groups interested in cooking.

“And of course, I had plenty of parties on the books (before the pandemic),” he added. “I could not teach classes, so I fell back into Cooking Live.”

In addition, he’s had some fun with French madeleines, creating 20 different flavors of the classic French cookie, which he has sold at farmers markets and online. 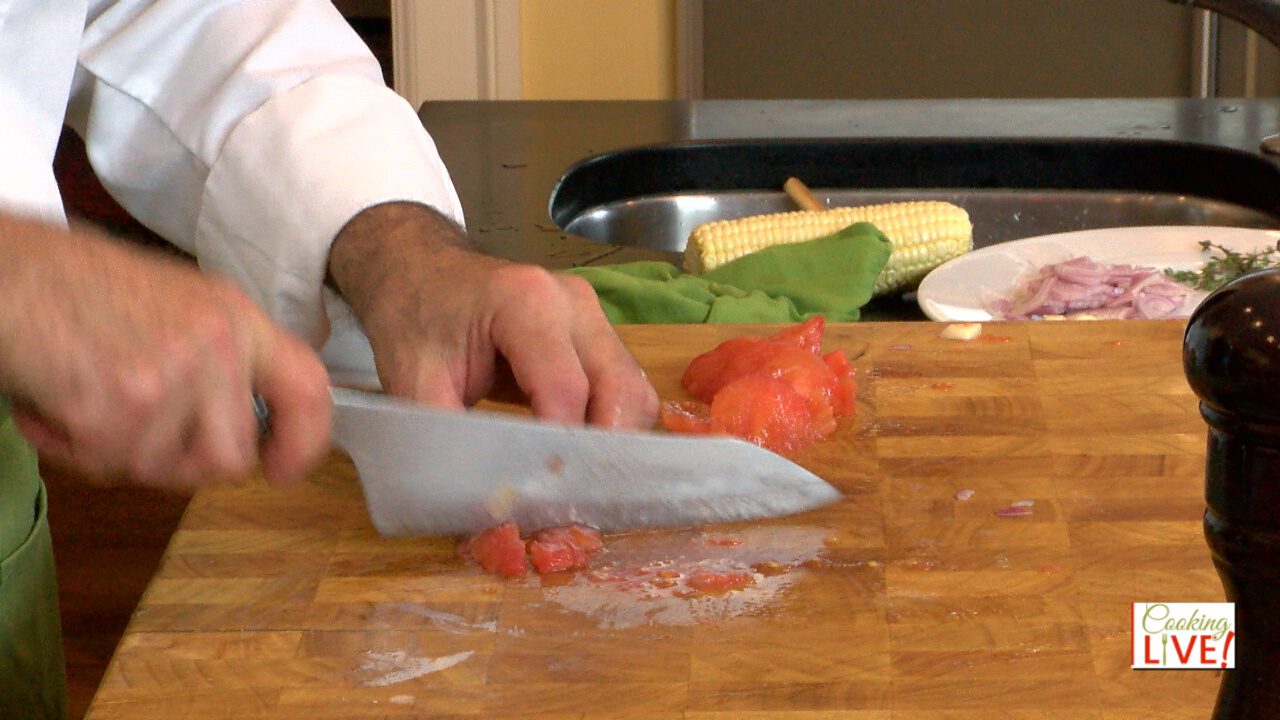 Prior to his current focus, Olivon was teaching others to become professional chefs. He holds a culinary degree from Ecole Hôtelière de Marseille in the South of France and previously served as program director for L’academie de Cuisine, one of the nation’s top 10 culinary schools, where he taught hundreds of chefs.

“The cooking online is not targeting you to become a chef, but I’m giving you all the professional techniques that I’ve used all my life, and I can simplify them a little bit,” he said. “I know which techniques people at home need. They don’t need certain techniques that we use at a restaurant, but there are certain things they can use.” 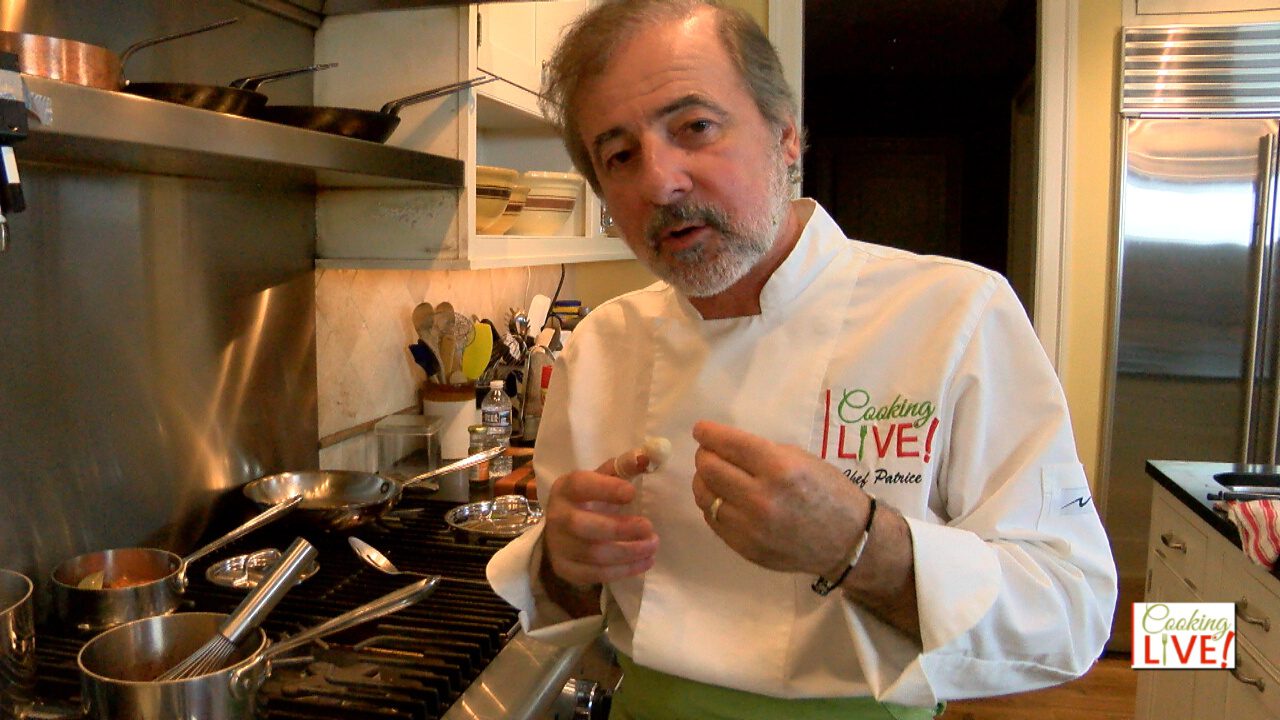 His goal? To demonstrate that sometimes, the only thing standing between a home cook and tremendous improvement is a simple technique.

Each dish is designed to reflect many cooking techniques that can be used again and again. Eventually, a learner can move from bewildered to confident in opening the fridge, grabbing some ingredients without any recipe in mind and creating something delicious from their own imagination.

“I wanted people to be able to do that, like a professional,” he said. “We don’t cook with recipes. Sometimes, we have to follow a few things, but most of the time we use technique and we get inspired by ingredients.” 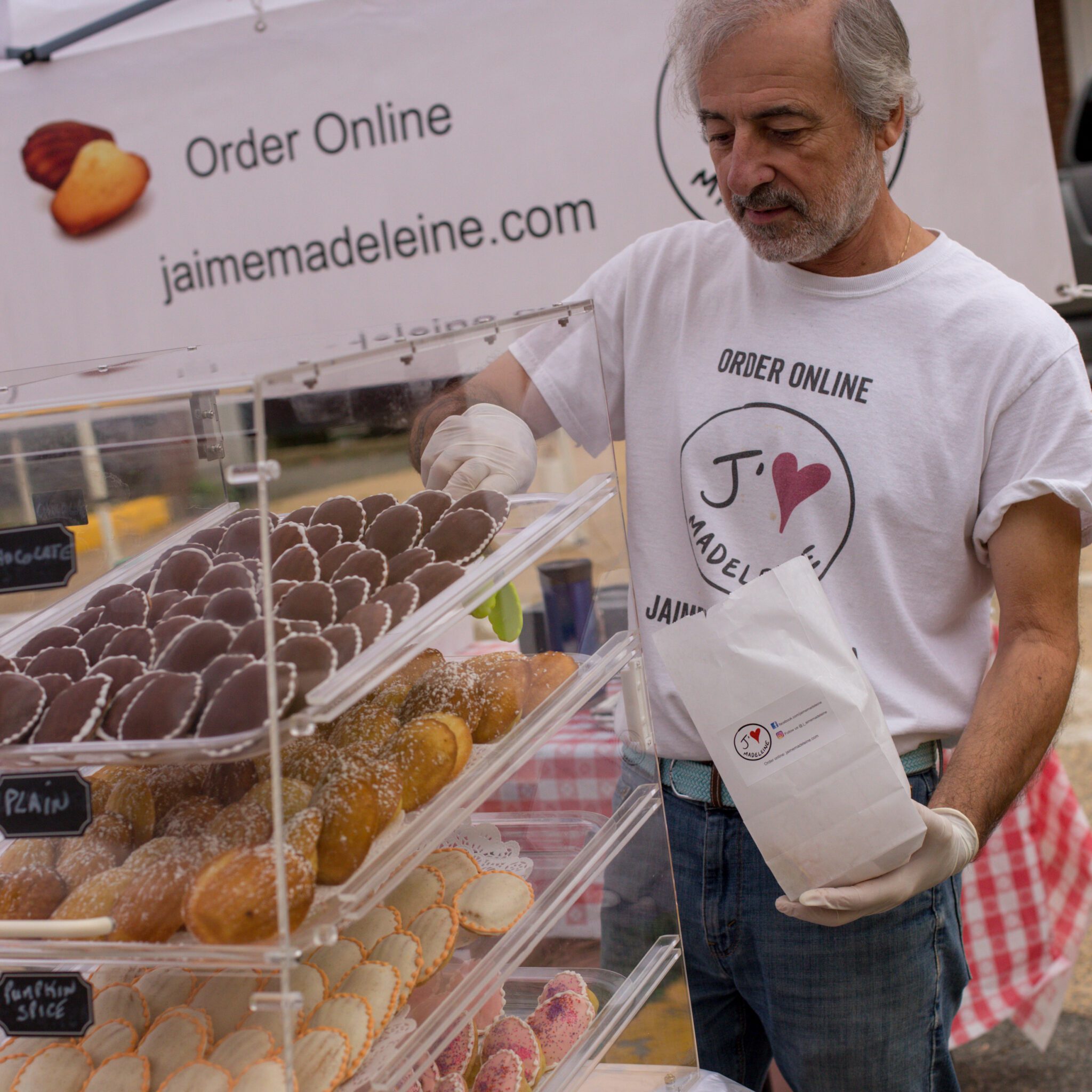 “Your food can be very good, but sometimes if you don’t present it attractively, somehow your mind plays with you and says it isn’t that good,” Olivon said, “but if it looks good, your mind is already set up to like it because you like the way it looks.”

Born in Casablanca and raised in Southern France where he grew up on a well-rounded diet of fish, garlic, onions, tomatoes and other vegetables, Olivon still loves working with those Mediterranean spices and dishes. Paella, a rice-based dish, is one of his favorite dishes. He also enjoys Moroccan couscous and rockfish.

“I’m not a picky eater,” he said. “I eat everything if it’s done properly and it’s got good flavors. When it comes to eating, I eat simple meals. I watch what I eat of course, but I was raised on the Mediterranean diet, so I keep going (with it), and that’s my favorite food. Simple, but good quality and treated with respect and techniques of course.” 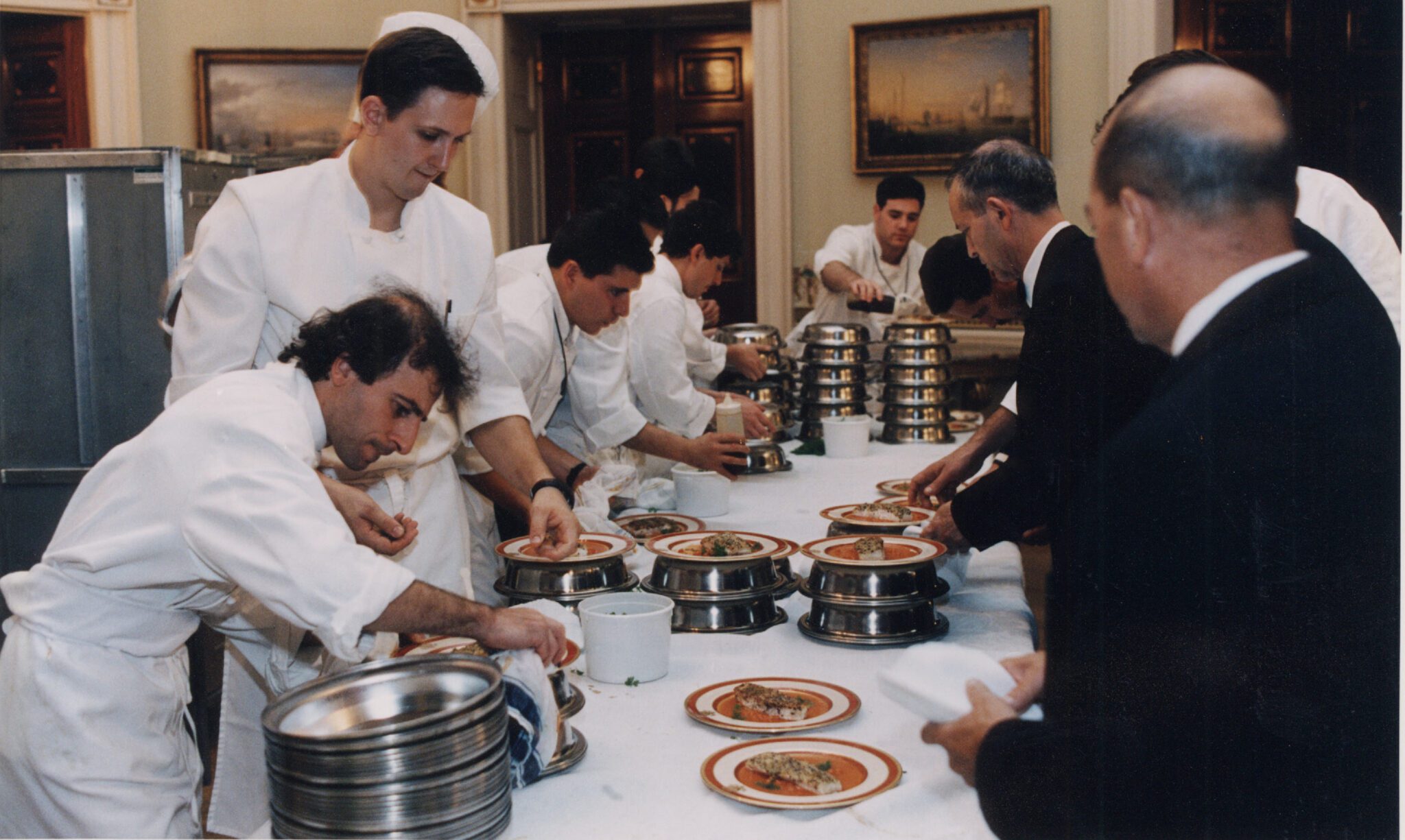 Olivon was executive chef at the French Embassy at the same time he was working at the White House as an on-call chef who cooked had the privilege of both cooking for the president and his family as well as working many events.

“So the chef briefed me before,” Olivon said. “He said, ‘Patrice, you’re going to take care of this. Here is the program. The first lady is going to come at let’s say 6:30, and you’re going to have a receiving line. She’s going to take pictures with the guests, and that should last about an hour. When the first lady comes in the room and starts doing the receiving line, this is your cue for you. You know in about an hour you need to be ready to serve.’ I said, ‘OK, no problem. I’ve got plenty of time.’”

But before Olivon knew it, the first lady had walked into the room and gone straight to the dining room and sat down. The meal was only partly ready. The chef called to announce they were in trouble. Guests were already seated and ready for the first course. So began a night of wildly rushing through the hotel from kitchen to dining room as the Secret Service looked on in wonder.

The following week, Olivon said, the first lady came to the kitchen to thank everyone for their work when the chef spoke up and asked what had happened with the receiving line. Her response, Olivon said, was good-natured, and it’s an event he still laughs about.

“She said, ‘What? Nobody told me. You should have told me, and I would have got up and done the receiving line if it would have helped you out!’

“When you work at the White House, you have to be ready for anything — anything,” Olivon added. “It was fun. We managed it!” 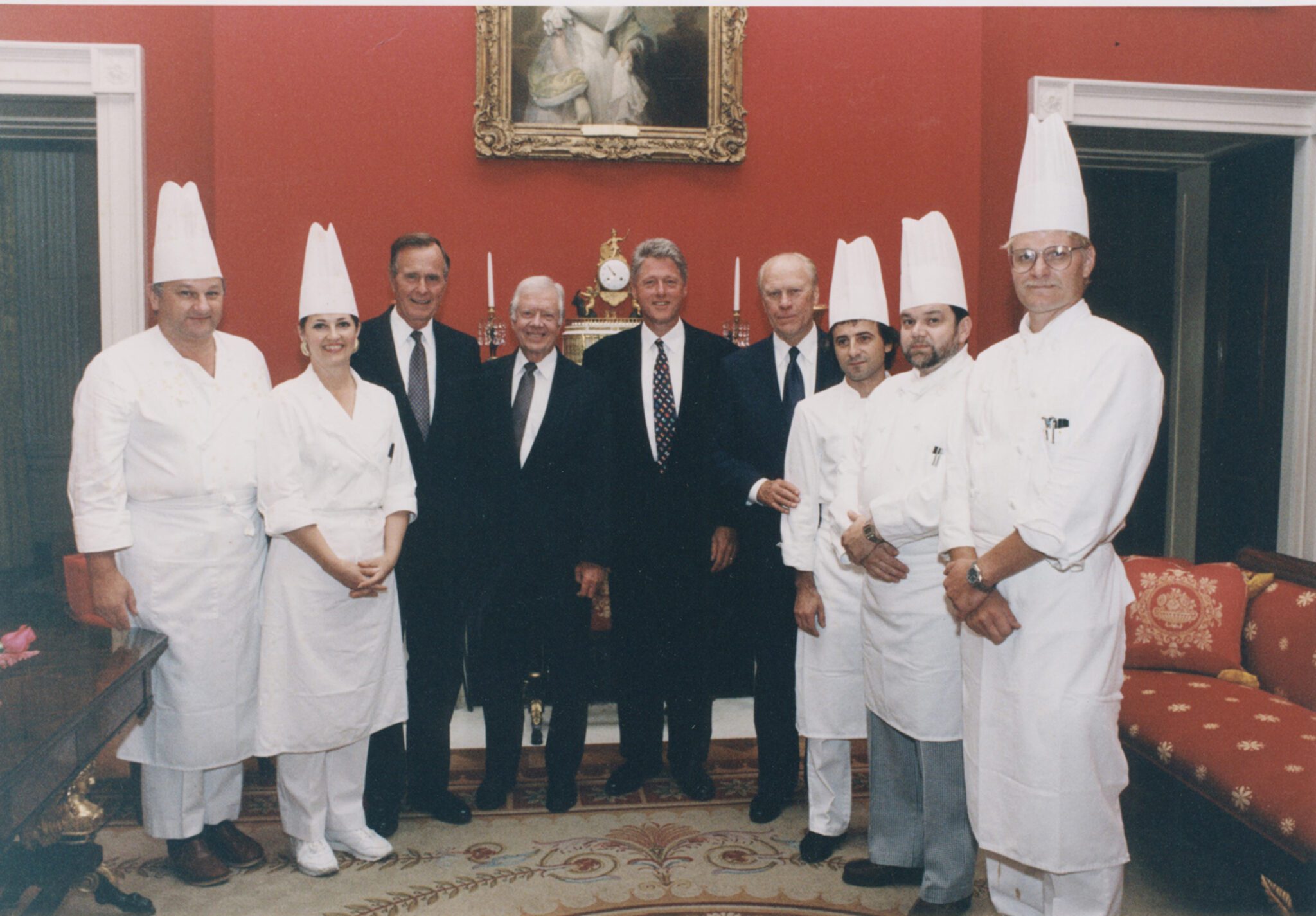 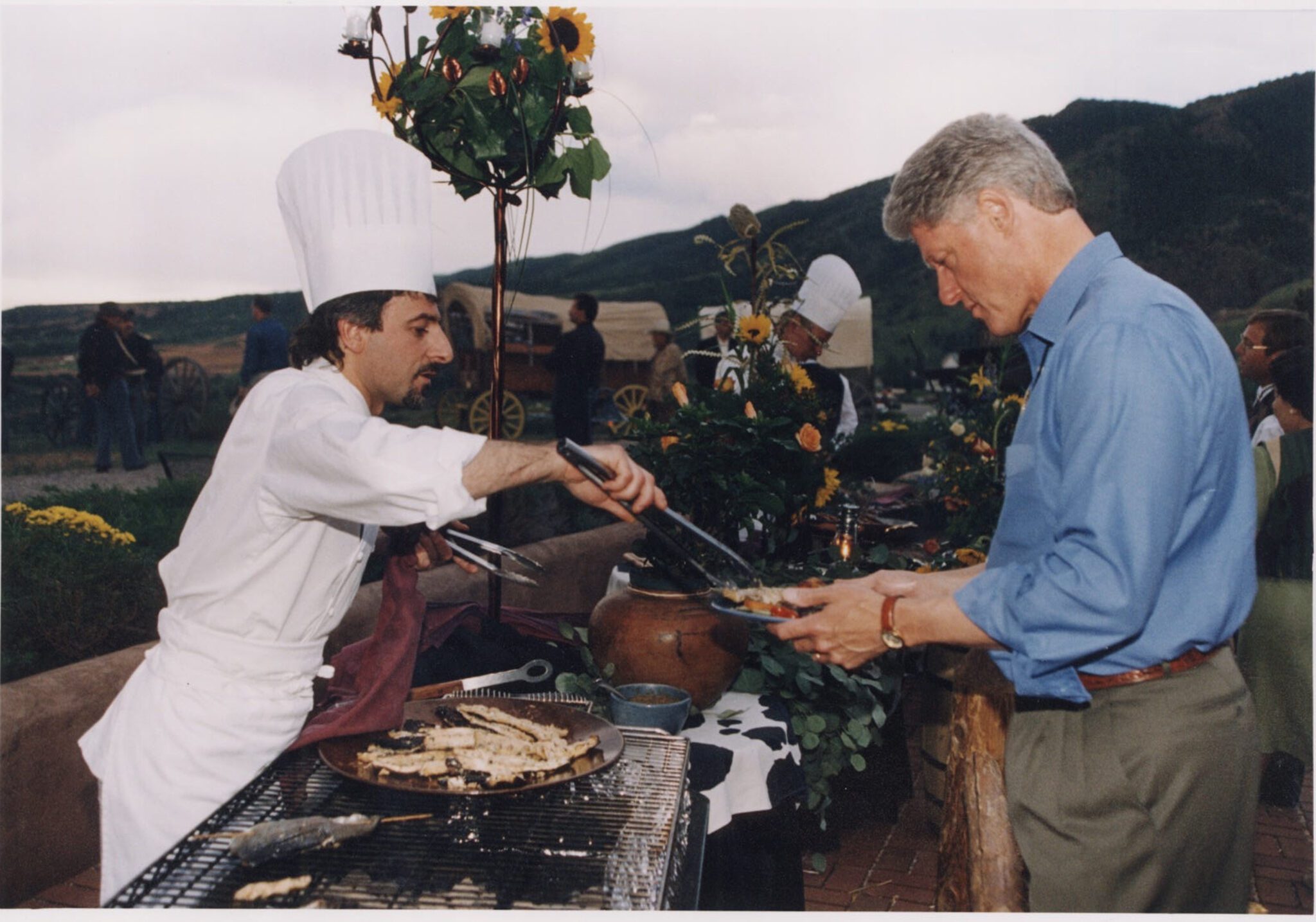