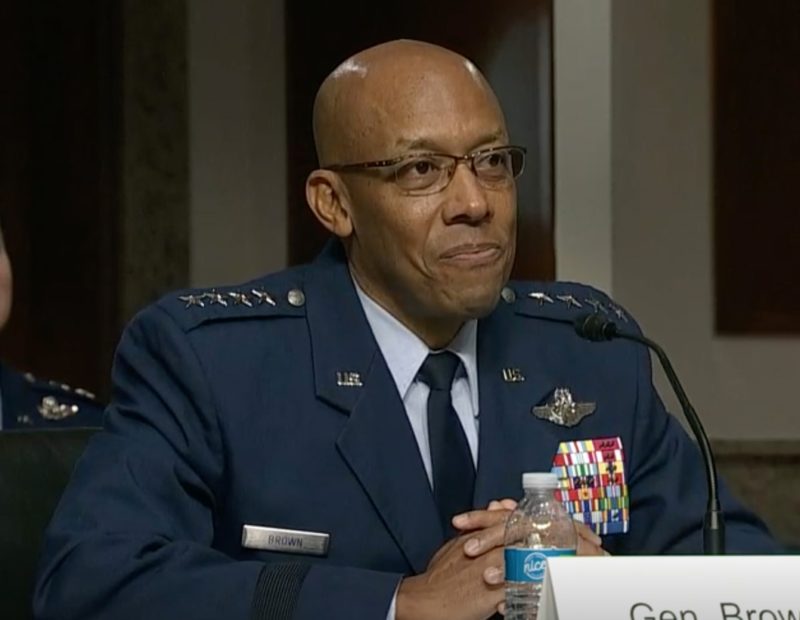 Gen. Charles “CQ” Brown responds to a question, May 7, 2020, on Capitol Hill, Washington, D.C., during a Senate Armed Services Committee hearing to consider his nomination to be the next Air Force chief of staff.

Following his historic nomination to serve as Air Force chief of staff, Gen. Charles “CQ” Brown shared a video with The Washington Post detailing his thoughts on the tragic death of George Floyd, his personal experiences with discrimination and the broader climate of racism in the U.S.

He started by discussing the brutal murder of Floyd, who was killed by police in May 2020, and emphasized that many Blacks have suffered the same fate. Brown discussed his personal experiences with discrimination, noting his childhood spent in a majority white environment, his lack of mentors who look like him throughout his Air Force career and discriminatory comments he has heard from fellow airmen.

Brown also talked about his experiences as a high-ranking Black man in the military, emphasizing he feels pressure to perform twice as well just to disprove racist beliefs of people he works with.

He ended his video noting the Blacks who served before him and his goal of making the Air Force more inclusive.

“I can’t fix centuries of racism in our country, nor can I fix decades of discrimination that may have impacted members of our Air Force,” Brown said. “I’m thinking about how I can make improvements, personally, professionally and institutionally so that all air men, both today and tomorrow, appreciate the value of diversity and can serve in an environment where they can reach their full potential.”