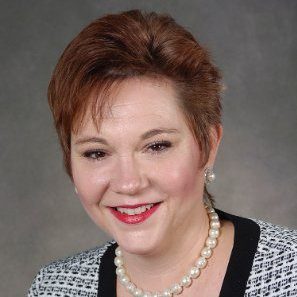 Drew brings 28 years of industry leadership to the committee. She previously served as executive vice president at Exelis before retiring in 2015. Prior to Exelis, she held leadership roles at TASC, Northrop Grumman and Boeing.

She currently serves as a director on multiple company boards including QinetiQ, Serco and Ultra Electronics. She is also a member of several technology-focused university boards.

Over the course of her career, Drew has provided systems engineering, integration and technical services to various federal agencies and the broader intelligence community. She is skilled in business development and management and has grown a variety of companies under her leadership. According to her LinkedIn, Drew has successfully managed a range of businesses with up to 8,000 employees.

She has won numerous awards including WASH100’s Distinguished Executive in Aerospace and Air Traffic Management Sector and multiple alumni awards from the University of Colorado at Boulder. She is also a member of “Women of Achievement.”

In its junior year, the Pinnacle Awards will culminate in a Nov. 12 virtual ceremony where the finalists will be recognized. Last year, the judges committee received hundreds of nominations across 18 categories, downselecting to 75 finalists.

The awards ceremony is for companies located in Washington, D.C., Virginia or Maryland. An executive and/or company can submit nominations for more than one category. Self-nominations are accepted. Nominations should be no more than 200 words and include how the executive solved a challenge(s) for the end customer. The submission deadline is Sept. 25.