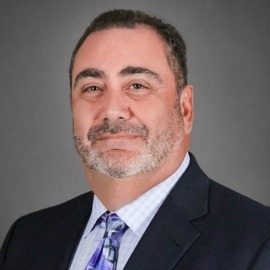 Modernization and digital transformation solutions provider VT Group has consolidated its enterprisewide capabilities to better serve its customers and is changing its name to VTG.

The announcement comes after the company’s integration of two acquisitions and recent contract wins, repositioning itself to offer a wider range of engineering and sustainment services to defense customers, and transformative solutions to naval, aerospace, network and digital domains.

VTG’s roots date back to 1866, operating under VT Group since 2002. Prior to its consolidation, the company managed capabilities under separate company brands within the larger VT Group umbrella. Now, all VTG talent and capabilities run under a single customer delivery model.

“We are no longer a disparate group of companies but instead one enterprise working together towards a common mission: expanding America’s competitive advantage in the modern battlespace,” said VTG President and CEO John Hassoun.

Since Hassoun took the reins in 2017, VTG has focused on operational improvements, divestitures, acquisitions and aggressive organic growth. In the last year, VTG bought National Technologies Associates to expand its aerospace engineering portfolio and doubled down in Navy shipbuilding and fleet modernization by acquiring DELTA Resources.

“The evolution of the brand follows the evolution of the company’s strategy, offerings, value proposition, and business structure,” said Chief Growth Officer Sunil Ramchand. “While the streamlined name VTG acknowledges the company’s 150-year legacy, the new brand reflects the full breadth and depth of our enterprise, as well as our enduring commitment to deliver the most advanced technologies to confront the next generation of threats.”

Now, as VTG, the company will also offer modernization solutions and full lifecycle engineering for rotary, tilt-rotor and fixed wing aircraft — all classes of naval warships and submarines — and a larger suite of maritime, aerospace and land-based C5ISR systems.