MITRE has stood up MITRE Labs to grow the organization’s research and development capabilities and extend its impact across federally funded centers, academia and industry.

The new entity will be led by Charles Clancy, an internationally recognized expert on wireless, cybersecurity and artificial intelligence topics, who has been named senior vice president, chief futurist and general manager of MITRE Labs. Clancy joined MITRE in 2019 and previously served as vice president for intelligence programs.

In his new role, Clancy is responsible for innovation, accelerating risk-taking and delivering technological capabilities and execution through labs, platforms and the MITRE Fellows program. 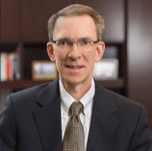 Christina Orfanos was promoted to vice president of MITRE’s Talent Experience and Total Rewards branch. In this role, she is responsible for managing the strategy, planning, development, implementation and administration of the company’s talent program.

Orfanos has been with MITRE for two years and previously served as director of talent strategy and integration.