You are at:Home»Execs to Know»Exec Moves»Gautam Ijoor Takes Over as CEO of Alpha Omega Integration 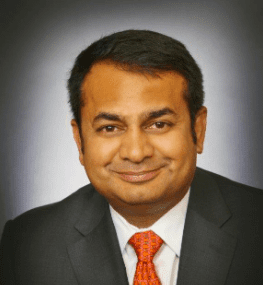 Gautam Ijoor has been named CEO and board president of Alpha Omega Integration, succeeding Sujani Rangareddy, who’s retiring at the end of the month.

Ijoor, who joined the company in 2014, currently oversees sales, finance and client services at the company. He also plans, identifies and captures business opportunities and builds professional relationships.

“I am proud of all we have done to make Alpha Omega a growing force within the government contracting community,” Rangareddy said. “My role is finished but Gautam and the Executive Team at Alpha Omega will continue to aggressively push for excellence and achievement.”

A  mission-focused company dedicated to providing collaborative IT and business consulting services, Alpha Omega grew from $1 million to over $50 million in yearly revenue in less than four years. The company was supported by the Small Business Administration as a certified woman-owned business, but will lose this status as Ijoor takes over the company’s leadership.

Ijoor cited the need to respect the parameters of SBA’s requirements for certified women-owned businesses. Despite this status change, Ijoor believes the company will continue to thrive.

“Staying true to our core values, one of which is to foster integrity, we will be successful in the long run,” he said. “Choices we make today go a long way in defining who we are as a company.”

Alpha Omega said Ijoor has worked to empower women throughout his life and career, and his goal is to create opportunities within the company for women to be autonomous, stimulate critical thinking and problem-solving and giving them a voice.