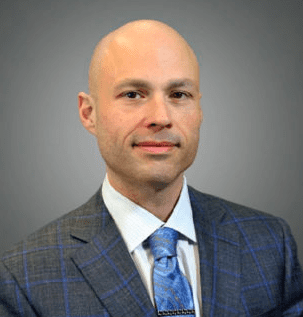 In its inaugural year, the Chief Officer Awards luncheon was held June 17 as a virtual live-streamed program to accommodate the Centers for Disease Control and Prevention’s recommendations about in-person events. Over 500 people watched as C-suite executives in both industry and government were recognized for their innovation, expertise, impact and thought leadership.

He also leads NCI’s Center for Rapid Engagement and Agile Technology Exchange Lab, which focuses on developing value-based solutions for customers in a collaborative environment.

In his time at NCI, Badeau has helped the company transition from a service-based company to a solutions-based innovator.

Additionally, Badeau is the owner and CEO of ACS Consulting, a company dedicated to providing marketing and sales solutions to commercial clients.

Before NCI, Badeau held leadership roles with ARSC Federal, Lockheed Martin and CSC. He has almost 20 years of career experience.

Badeau has achieved numerous honors throughout his career including 14 publications and a patent for a mop bucket system with wave reduction capability, which he said is his proudest career accomplishment.

“Helping with the design of the WaveBrake mop bucket, which is almost used universally is really a great feeling,” Badeau previously told WashingtonExec.

“Knowing I helped design and develop something used throughout the world is rather awesome!” he said.