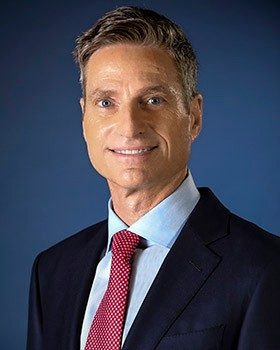 Taiclet will continue to serve as a member of the corporation’s board, which he joined in 2018. Hewson will become executive chairman of the board and provide ongoing support for the leadership transition.

“As a former military pilot, I understand the mission of this great corporation to provide global security and innovative solutions for the brave men and women who protect our freedom,” Taiclet said.

“I come into this role at a time when our nation and its allies have been tested globally by new and emerging threats,” he continued. “Now more than ever, it’s critical we continue to deliver the best systems and equipment in the world. I’m honored to succeed Marillyn, who is rightfully one of the most respected CEOs in America, and to lead a workforce that is inventing and advancing the technology and security of our future.”

The leadership transition “reflects deliberate and thorough succession planning,” and is happening at a time when the company is financially sound and situated well for the future, Hewson said.

“I have every confidence Jim and his executive leadership team will continue driving sustained success through sound business strategy, strong customer relationships and deep mission focus,” she added.

Prior to Lockheed Martin, Taiclet served as president and CEO of American Tower Corp., and led the company through a period of growth, during which its market capitalization increased from approximately $2 billion to more than $100 billion.

Taiclet’s career began as a U.S. Air Force officer and pilot. His rotational assignments included the Joint Staff and Air Staff at the Pentagon, and he served in the Gulf War. Among other missions, he was a pilot in one of the first transport aircraft deploying U.S. forces into Saudi Arabia during Operation Desert Shield.