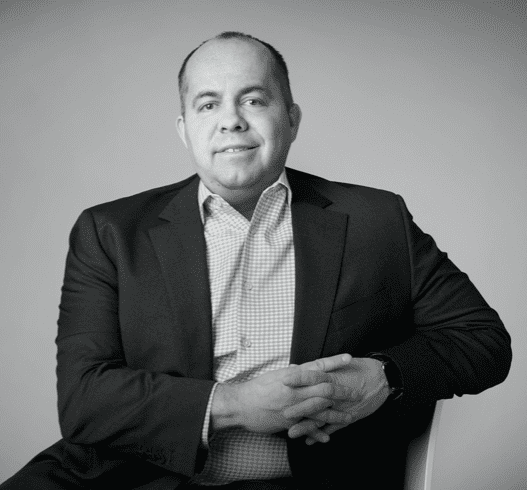 John Avalos is chief operating officer at SOS International LLC and a finalist in the Private Company COO Award category.

I led SOSi’s identification, operational due diligence, and integration of our most recent acquisition of Vykin Corp in July. The addition significantly strengthens our company’s IT and intelligence capabilities, particularly in cloud development, and supporting command and control and intelligence systems. It marked the fourth significant SOSi acquisition in four years.

We completed an overall corporate restructuring that will strengthen our customer relationships and better position us to leverage our capabilities across markets.

We expanded our global footprint into the Pacific, Southwest Asia and Europe — and established a new line of business in the Middle East. About a third of our employees now work overseas.

We competed alongside the biggest contractors in the business to earn a position on SIA 3, the primary contract vehicle for providing intelligence analysis support to Department of Defense warfighters, planners and policy professionals worldwide. It was a massive win for our business. Not only did we enter a new tier of competition, but the award also firmly establishes SOSi as a trusted provider of intelligence services.

Our market growth also caught the attention of our industry peers. SOSi was recognized as a Top 100 Federal Government Contractor by Washington Technology. We were named one of the 75 fastest-growing companies in Greater Washington by Washington Business Journal. We also earned a spot on the Northern Virginia Tech Council’s esteemed ‘Tech 100″ list for the very first time. Perhaps no honor reflected our maturity as an organization better than being named the GovCon 2019 Contractor of the Year in the $300 million and above category by the Northern Virginia Chamber of Commerce and Professional Services Council.

These are incredible milestones when you think that SOSi just celebrated its 30th anniversary last September.

I experienced a turning point after leaving contracting for a brief stint in government. I was working in my government role for about four months when it was decided that the mission I was recruited and hired for would be taken over by another organization. As I contemplated my future, my former employer, BAE Systems, happened to reach out to me and asked if I would be willing to come back to take a chief of staff position.

Up until then, most of my jobs had been in operational roles, so this presented me with a unique opportunity to learn a lot more about business strategy and management. I was also drawn to the fact that I would get to support John Gannon, a luminary in the intelligence community, who was tapped to run BAE’s intelligence services business. Since John was new to the private sector, I had to help him get acclimated to the company and to understand its capabilities.

I also helped John navigate the complex corporate environment of a foreign-owned company providing a broad range of services for the U.S. national security community. The role served as a crash course on working in a publicly-traded company. I learned a lot from John about business and leadership, including the finer nuances of customer engagement.

The entire experience opened my eyes to the challenges of managing a business, maintaining a mission-first approach for our customers, and prioritizing and taking care of your people. The lessons I learned in this role positioned me for success in the various business development, management and leadership roles I’ve held throughout my career.

How do you help shape the next generation of government leaders/industry leaders?

Often, new leaders will spend entirely too much time focusing on the mechanics of their positions, rather than the strategic aspects of their roles. Real leadership requires critical thinking and a willingness to think outside of the box. I find that stretch assignments force young professionals to gain confidence in their abilities and help them to get comfortable thinking on their own.

These are essential lessons because business leaders need to be comfortable making decisions that will shape the strategic path of a company, and not every decision is made with perfect knowledge or a textbook outlining the right steps. If we want leaders to grow, we can’t micromanage or be too prescriptive in telling them how to go about their roles. Instead, we need to allow them to chart their path.

I will give aspiring leaders general guidance and then sit back to see how they run with an opportunity to solve a problem and deliver results. It builds trust and allows me to see how quickly they tackle a challenge, how they adapt and use creative thinking, all while ensuring they use ethical business practices.

Every leader experiences some failure in their career, and I have had more than my fair share. One of the most important lessons to take away from failure is learning when to pull the plug. When a decision goes wrong, the best leaders accept defeat, learn from it and adapt quickly. The strategy of waiting and hoping things will eventually work out is only likely to compound your problems.

For example, I’ve had situations where I knew that I had individuals in roles that, for whatever reason, were just not going to be good fits for the organization. What I learned though was that allowing individuals to remain in positions when they are performing poorly, or are bad cultural fits, reflect poorly on me and what I stand for. Failing to make difficult decisions when it comes to personnel can really set back an organization. Ultimately, I accept responsibility for any organization I operate. I want to foster that same level of accountability throughout an organization.

The biggest professional risk I’ve taken was leaving Booz Allen Hamilton to join SOSi. At the time, I had spent over a decade as a business development executive for two of the most respected organizations (Booz Allen and BAE Systems) in the business. I was afforded the tremendous opportunity to lead and build a business development organization that was performing exceptionally well.

The CEO of SOSi, Julian Setian, courted me for the COO position over a period of a few months, but I was comfortable and energized in the role I was in at the time. The idea of leaving an established company like Booz Allen to go to an aggressive, fast-paced company like SOSi was a considerable risk. Had I failed, I worried it could diminish my career and the value creation I worked so hard to build over the past two plus decades. But the fear of missing out on an opportunity to help take a fast-growing business to the next level won out.

I’m three years into my role at SOSi, and every single day brings new challenges. I’ve learned so much, and I’m thankful I embraced the challenge.