You are at:Home»Execs to Know»Chief Officer Awards Finalist David Egts: ‘If You and Your Team Don’t Make Occasional Mistakes, Your Goals Aren’t Ambitious Enough’ 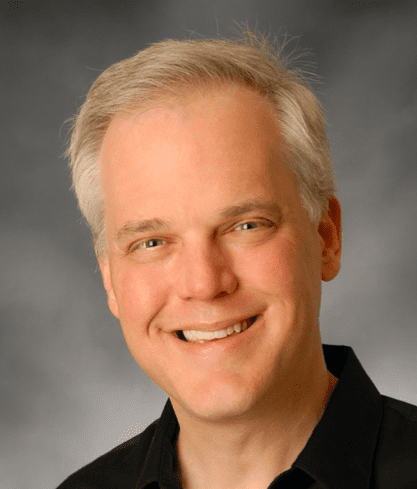 David Egts is chief technologist of public sector at Red Hat and a finalist in the Public Company CTO Award category.

Leading an experimental investment in Red Hat personnel to deliver a surge of government-ready features in open source products. This included the development of open source ATO automation culminating in vendor- and government-authoritative guidance hosted on the NIST National Checklist Program, improved OVAL feeds, enhanced details on Red Hat and NVD CVSS scores and much more.

Listening, empathy and curiosity. Understanding “the why” behind a customers’ and colleagues’ needs.

Many times, career success is rewarded with more responsibilities. And more responsibilities lead to more work, but you don’t get more time in the day. This can be overwhelming and I’ve found mindfulness (taught to me by Yasir Syeed) to help me take a step back, live in the moment, focus on what’s important and let go of the things over which you have no control.

Harnessing the power of open source innovation to address the needs of the government’s grandest challenges. Red Hat’s open source products run on other planets, the International Space Station, the world’s fastest supercomputers and tactical vehicles to keep U.S. warfighters safe from friendly fire to name only a few examples.

Open source is the engine of technological innovation, but most open source innovators rarely think about usability by government agencies. That’s where commercially-supported open source products come in. Red Hat and my team, in particular, are doubling down on our relentless focus on government readiness at product launch. Government requirements change all the time, so it’s up to us to ensure that the open source innovation of today and tomorrow is ready for government mission-critical application.

How do you help shape the next generation of government leaders/industry leaders?

Open organization principles. As described in detail in Gen. Stanley McChrystal’s book “Team of Teams,” top-down command-and-control doesn’t work in fast-paced environments. By crafting a vision where transparent decision-making can be made by individual contributors, buy-in across the organization is crystalized to ensure everyone is focused on what’s most important.

I’m blessed to have the leadership in place that lets me live Red Hat’s values of freedom, commitment, courage and accountability to their fullest.

Which rules do you think you should break more as a government/industry leader?

Although possibly essential when they were originally created, many rules no longer serve their intended purpose today. When people point to rules, don’t blindly follow them for the rules’ sake but rather ask why the rules are in place. Perhaps there’s a better way to address the spirit underlying the reasons for the rules?

Changing careers. It’s easy to get comfortable and complacent when you’re surrounded by people you’ve known, liked and worked with for years. It’s also easier to choose the status quo out of the fear of the unknown. Change can be difficult, but it can also be exhilarating as it provides opportunities to uncover strengths you never knew you had.

Looking back at your career, what are you most proud of?

Showing customers the release notes for Red Hat products and highlighting features they requested to address the needs of their missions. Not only does government customer feedback help government at large, but it also benefits governments around the world and the private sector by making open source more secure and useful.

Transitioning from individual contributor to people manager (and individual contributor). To be successful in this new role, I couldn’t simply work twice as hard or twice as much. Instead, I had to work twice as smart by delegating what I could and stop doing things that were essential long ago but are no longer necessary today. Mentoring and support from my manager, Paul Smith, was also key to provide the psychological safety to help Red Hat boldly go where no organization has gone before.

Listen. Be curious. Be present. Be patient. Be mindful. Be humble. Be helpful. Be thankful.