You are at:Home»Execs to Know»Chief Officer Awards Finalist Bruce Crowell: ‘You Have to Continually Pursue New Business’ 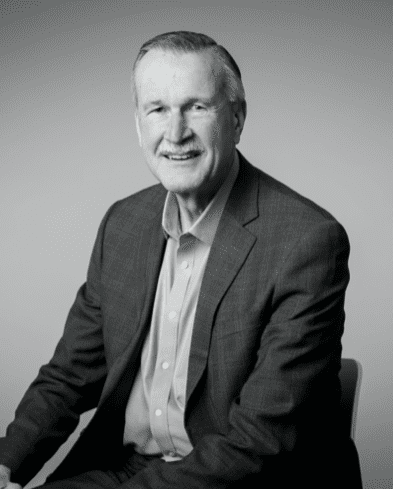 I was heavily involved in SOSi’s acquisition of Vykin Corp in July. It marked the fourth significant acquisition for the company in four years. Following the acquisition, we completed a large-scale corporate restructuring to align our businesses with our core customer markets. As part of the reorganization, we were able to eliminate several legacy HR, payroll and financial systems by integrating them into single enterprise solutions.

The consolidation removed redundancies and generated efficiencies that we are now using to drive down costs and be more competitive in our contract bids.

My career turning point occurred when I decided to step out of a narrowly focused financial role within a large corporation, to pursue a CFO role at a mid-sized public company. It was one of those instances where everything came together at the right time.

I had been at United Technologies for more than 13 years, and I had just wrapped up an assignment where I was tasked with helping to rescue a financially struggling part of the company’s portfolio. After months of work, we had gotten the business area back on track when the company ultimately decided to sell the group off. As I contemplated what my next assignment would be, I just so happened to get recruited for a CFO position. It was a big step up from my current role, but I made the leap, and I never looked back.

I take a lot of pride in seeing how much the organization has grown and matured. Over the years, we overcame a lot of obstacles to win business that our doubters thought was beyond our capabilities. I think we were able to do this because we never doubted ourselves.

When I joined SOSi 17 years ago, we were primarily a language services company. However, our CEO Julian Setian had a very bold vision for the future of the company. I looked at it as my responsibility to help remove the financial roadblocks standing in our way. Our capture strategies evolved from notes on cocktail napkins drafted during lunch meetings, to a level of sophistication reflective of the mid-size company SOSi is today.

When I joined SOSi, we had a small portfolio of language services contracts. We provided translators and interpreters to the Drug Enforcement Administration, FBI and then U.S. Customs Service – now Homeland Security Intelligence. Shortly before I joined the company, we were awarded a subcontract by a company called BTG, Inc. to provide linguists in support of global Army operations. We became among the largest suppliers of foreign language services to the federal government.

Our work in countries like Iraq and Afghanistan taught us how to do business in nonpermissive environments. We learned about the local regulatory environments and came to understand the operating challenges both the U.S. and host nation governments were facing. We gained valuable experience working with local businesses and the military and rapidly grew into one of the fastest-emerging players in the overseas logistics and O&M market.

The language experience also enabled us to diversify into the intelligence community. We began by providing intelligence analysis supporting tactical military operations and, eventually, moved to multidomain intelligence at the national and strategic level. We acquired businesses that specialized in the data and image sciences, and began investing in actual technology products, ranging from multispectral image analysis to communication intercept systems.

In the past four years, we’ve acquired five businesses ranging from network operations to software development, becoming among the largest mid-tier consolidators in the U.S. intelligence market. Our single largest acquisition to date was STG Group Holdings, Inc., which gave us a broad range of exciting new capabilities from cybersecurity to DevOps.

Fast forward to today: We are the leading provider of base operations services to the U.S. military in Iraq. We are among the leading Defense Department IT integrators, responsible for managing the Army’s largest regional cyber center in the U.S. We lead and operate a $400 million program to build a global communication enterprise with our international allies.

We also manage the State Department’s payroll modernization program — the single most significant PeopleSoft pay system implementation in the world. Most recently, we were awarded a position on DIA’s Solutions For Intelligence Analysis III contract, which establishes SOSi among the most significant franchise players in the intelligence market.

I’m proud to say that, to this day, we also remain among the most extensive language contractors and employ among the largest cadres of foreign language speakers in the U.S. government. We accomplished this growth and diversification by being bold and creative — thinking outside the box to create new opportunities while solving complex challenges for our customers.

While working with a company that failed in the dot-com era, I learned how important it is not to take the business you have today for granted. You have to continually pursue new business, new opportunities and new challenges. Companies that remain static in today’s market are not likely to survive.

When the dot-com bubble burst, it took down hundreds of companies instantly. Companies that are unable to adjust to the sudden market shifts, like the one we are currently experiencing due to COVID-19, are at risk of suffering a similar fate.

Perhaps the biggest professional risk I’ve taken in my career involved coming to SOSi. Again, the timing was everything. I had just helped my employer complete its sell-off, and I was looking for my next opportunity. I remember seeing an ad for the position which sought a CFO for a defense contractor on Wall Street. The ad tied two of my passions together and instantly got my attention.

I admit I had some initial reservations in joining SOSi. While the company had carved out a niche in the language services market, it catered primarily to the federal law enforcement space. The business was stuck at about $6 million and was not growing. However, Julian Setian gave a strong pitch detailing how they thought the company could reinvent itself and grow. SOSi had just won a significant subcontract, and they had realized they needed to rapidly build SOSi’s administrative infrastructure to both manage this new program and grow.

I was drawn to the challenge of helping this small company take this next step, while also building the sophisticated financial function necessary to support its growth strategy. It was a smart bet, too. That subcontract became a catalyst for what the company is today. Since 2001, the company has grown at an average annual rate of more than 25%. I’m glad I embraced the challenge. It’s been a heck of a ride.