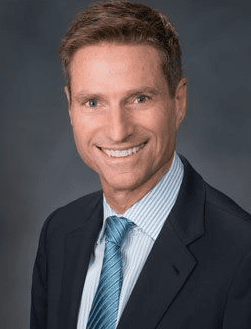 In about 90 days, Lockheed Martin will have a new leader. Its board today announced it has elected James Taiclet as president and CEO, effective June 15.

Taiclet joined the board in 2018 and will continue to serve as a member of the board. He has served as chairman, president and CEO of American Tower Corp. since 2004 and CEO since 2003, guiding the company’s transformation from a primarily U.S. business to a global player in its industry.

“I know it is the right time to transition the leadership of Lockheed Martin,” Hewson said. “The corporation is strong, as evidenced by our outstanding financial results last year and a record backlog of business. We have a bright future – particularly with Jim and our outstanding leadership team at the helm.”

“I’m honored to be asked to succeed one of the most respected CEOs in America,” Taiclet said. “While serving on Lockheed Martin’s board, I’ve not only been impressed by the company’s continued growth as a leader in aerospace and defense but also by the dedication and commitment of Marillyn and Lockheed Martin employees to deliver for its customers.”

In addition to Taiclet, the board announced Executive Vice President of the Rotary and Mission Systems Frank St. John as chief operating officer. Stephanie Hill, senior vice president of enterprise business transformation, was tapped to succeed St. John as executive vice president of RMS. Their appointments are also effective June 15.