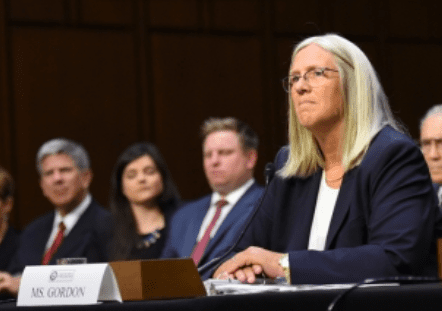 NewSpring Holdings company E3/Sentinel has named longtime government intelligence executive Sue Gordon to its board of directors, according to a Feb. 13 announcement.

Calling her “a powerful trailblazer” in the intelligence community, E3/Sentinel CEO Andy Maner said he was excited to welcome Gordon to the board.

“Gordon’s experience and reputation will add incredibly valuable insights and guidance to our customers and employees as E3/Sentinel continues its momentum as a leading middle market mission-focused, service driven solutions company,” he added.

In her recent role in the Office of the Director of National Intelligence, Gordon drove innovation, expanded outreach and partnership, and advanced integration across the intelligence community. She was sworn in as the fifth principal deputy director of national intelligence Aug. 7, 2017, and resigned Aug. 15, 2019.

Before ODNI, Gordon was the deputy director of the National Geospatial-Intelligence Agency, championing agile governance, recruitment and retention of a diverse workforce, and the expansion of geospatial intelligence services to the open marketplace.

Gordon also was a CIA career officer, spending 27 years at the agency. She held senior executive roles in each of the agency’s four directorates: operations, analysis, science and technology, and support. Additionally, Gordon played a key role in standing up the CIA’s venture capital arm, In-Q-Tel.

“I’m excited to be joining such an innovative company that has a strong vision for the future,” Gordon said. “I look forward to providing my insights and experience to help drive growth and mission success for E3/Sentinel. I was especially attracted to their efforts to develop and implement applied solutions for their customers as well as their keen focus on the professional and career development of their people.”

Other E3/Sentinel board members include retired Lt. Gen. J. Kevin McLaughlin, former deputy commander of U.S. Cyber Command who joined the board in February 2019; Skip Maner and Jim Ashton, both general partners of NewSpring; and Lee Garber, NewSpring partner.