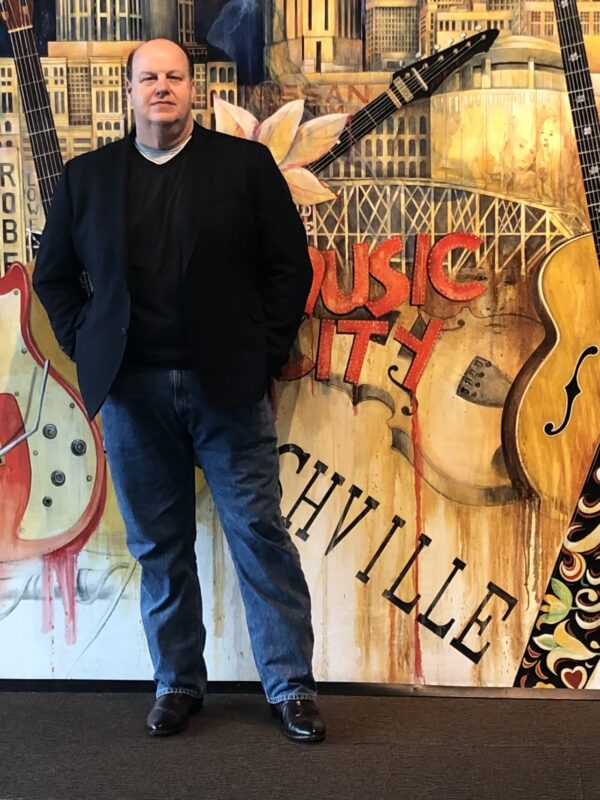 Sid Fuchs is trading business suits and the corner office for guitars, Harleys, Louisiana State University and Baton Rouge as he transitions into the next phase of his life which isn’t — and may never be — called retirement.

He has more than 30 years of experience transforming engineering and technology organizations, most recently serving as president, CEO and director of MacAulay-Brown, Inc., before Alion Science and Technology acquired it in August 2018. Then, he joined Alion’s senior leadership team, serving as chief operating officer until starting his next chapter in September 2019.

“We sold MacB to Alion in August 2018, and then I stayed on for a year to help with the integration and the organization,” Fuchs said. “After the year was up, I decided that I was going to take some well-deserved time off.”

Whether he sits on boards, writes, teaches or plays music, Fuchs doesn’t have to worry about waking up in the morning and wondering, “What am I going to do today?” Rather, this is his time to refocus, pursue passions and reconnect with family and life-long friends.

But life wasn’t always this way.

Prior to MacB, Fuchs was the president and CEO of OAO Technology Solutions (acquired in 2010), the CEO and a director of ATS Corp. (acquired in 2012) and the president and CEO of TASC, a Northrop Grumman subsidiary. He’s also a former CIA officer and a graduate of the CIA Special Operations and Training School and the CIA Intelligence Analysis School.

Now, he sits on the board of directors for NT Concepts and Buchanan & Edwards, Inc., and on the board of advisers for INADEV. He’s a strategic adviser to the chairman and CEO at Geocent, LLC, and a board member at the LSU Foundation National Board.

But Fuchs’ path isn’t ending there. He has big plans for the next phase of his life, including sharing his lessons learned with mid- to senior-level GovCon execs and investors, continuing his passion for teaching and eventually, a move back to Louisiana to focus on music, family and giving back.

Fuchs will continue to give back and help others. He’ll be the guest speaker on the evenings of March 12 and 18 at a WashingtonExec “mentoring” dinner with industry executives ranging from mid-level to senior vice presidents and those starting and running small businesses. He’ll share lessons learned and advice as a senior member of the community who has “already made all of the mistakes,” as he likes to say.

In his career, Fuchs said he’s been fortunate enough to run all types of companies — large, small, public, privately held and private equity sponsored — and is excited for the opportunity to share his experiences and let others pick his brain. Plus, he’s not afraid to be honest and direct.

And his talk will revolve around two major themes: the lessons he wished someone would have taught him and managing change.

Fuchs will also talk about the strength of building relationships and why it is important in dealing with change and adversity. He published his first book, “Get Off the Bench: Unleashing the Power of Strategic Networking Through Relationships,” in 2012 about the importance of relationships and networking and held his book launch at the Tower Club in Tysons Corner, Virginia, with more than 300 guests.

“For me, it has always been about building relationships, and I think some people undervalue that as an asset and how powerful it can be. I think that’s been a theme of my whole career,” Fuchs said.

And engaging this way, with others in industry and on boards, especially during this transition, is important for Fuchs. Like anything new, this is a learning process, and while he’s enjoyed his time off traveling and visiting his grown children, he can’t go from running 100 mph to a halt.

Back to His Roots

Fuchs and his wife are currently looking for a home in Baton Rouge, and he already has plans for when they settle in.

“I remain well connected in Louisiana and we have a lot of family and friends there as well,” Fuchs said. “So, we’ve decided that we’re going to do the next chapter in Baton Rouge.”

As an adjunct faculty member at LSU, he’s been providing leadership and entrepreneurship seminars in the LSU College of Engineering for the last seven years, and he’ll continue to do so when he returns. Teaching has been a passion of his since his first experience as a graduate assistant in fluid dynamics and engineering design, while obtaining his master’s in mechanical engineering from LSU.

“I really love the teaching and the mentoring component,” Fuchs said. “Teaching to me is probably the most fulfilling thing that I’ve ever done, so I look forward to doing more in the future.”

Fuchs also loves playing music. He plays the guitar, bass and drums, and is currently learning the mandolin. He has played in more than a few bands in the D.C. area over the past decade, including the MacB band and The Operators, who won Spookstock in 2014. He also has a friend who plays in a band on Bourbon Street in the French Quarter, and Fuchs has an open invitation to join him on stage whenever he is in town.

“Music’s always been my first love,” Fuchs said. And though he didn’t pursue music professionally, instead being recruited by the CIA while in college, he’s excited to get back to music, writing and teaching.

“I’m kind of an anomaly for this town . . . I wear cowboy boots, ride a Harley, drink whiskey, smoke cigars, play guitar, tell it like it is and wear blue jeans to meetings. I’ve done it my way, consistently delivered the results, and now I’m ready to go back to Louisiana and be with my people, so to speak,” Fuchs said.

And that’s what he’s most looking forward to in this phase of his life. Fuchs is excited to go to LSU football games on a regular basis and be with his and his wife’s immediate and extended families in Louisiana, and essentially, get back to basics.

“I’m getting back to basics of life; family, friends, giving back, being creative and doing the things that I’m really, truly passionate about,” he said.

Fuchs has a lot to reminisce about from his government an industry career, and mostly enjoys watching the people he’s worked with in the organizations he’s led grow in their positions and take on even bigger roles.

“Watching them develop has been more rewarding than any company I’ve sold or contract we’ve won,” he said, “just watching the individuals flourish has really been phenomenal.”

But his biggest takeaway is knowing when it’s time to do something else, and he came to that realization after selling MacB.

“I don’t really have anything else to prove or goals I want to accomplish as it relates to GovCon or Washington, D.C.,” Fuchs said. “This town has been extremely good to me and my family, but I feel like I’ve done so much more than I thought I would and now it’s time to take a new path forward.”

And though he’ll miss the friendships he’s created, the successes of people around him and the companies he’s been a part of, every journey has a beginning and an ending.

“I always told myself I would never hang on too long. I know far too many people that clutch on to the past so tightly that they can’t see or even think about the future. My belief is, always create new memories,” Fuchs said.

He’s made wonderful memories and relationships, had many accomplishments throughout his 30-plus year career and wouldn’t trade the last three decades for anything. But now, it’s time for Fuchs and his family to create those new memories.